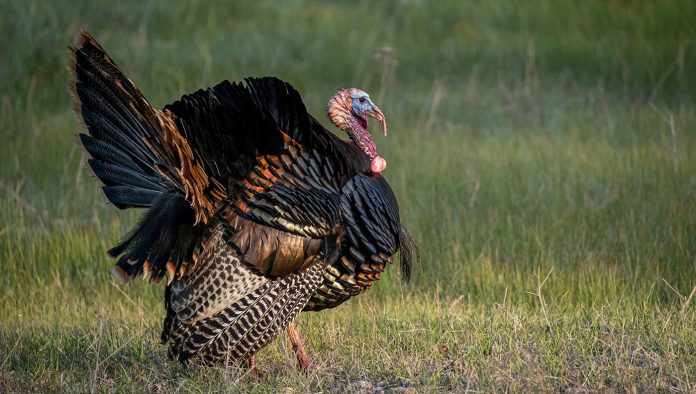 Most of us associate turkey hunting with the first blush of spring, when trees are just budding and those early wildflowers–trillium, bloodroot, violets–assure us that winter is in the rearview. Now the woods look nearly summer-ish, and, indeed, turkey seasons in the South have been closed for weeks. But in many northeastern, midwestern, and western states, the game continues until at least the last of May, which is also the final best day of the 2022 turkey strut. Of course, it’s tempting at this point to stash the calls, camo, and dekes and think that the best of season is over. But our expert says it’s not only still worth going out but that you can anticipate some of the best action of the year right now.

It makes sense when you think about it, as the opportunities for toms to breed hens are decreasing by the day and more and more hens ignore male birds to spend time on their nests. That means any remaining and available hens (as well as hunters posing as them) are apt to receive a lot of attention now. To up the ante, post-strut gobblers eventually realize that their season of love is ending and resign themselves to seeking out the company of other toms. Any hunter still out there still getting after it can exploit those vulnerabilities to score on his best gobbler of the season.

Tyler Breen, 28, has been obsessed with hunting gobblers for many years. Breen is co-owner of Cartel Custom Calls and annually hunts at least 15 states for spring gobblers. As the Director of Marketing and Graphics for AvianX Decoys, he has professionally filmed turkey hunts across turkey range for many of the sport’s notable television hosts, including former National Wild Turkey Federation CEO Rob Keck.

With breeding winding down, only the oldest (and typically biggest) birds will continue actively pursuing and breeding hens. “The key to identifying a bird like this is observing him doing ‘gobbler things’ like gobbling, strutting, or following hens around,” Breen says. “Not all toms will be doing this now, so you know you’ve got a workable turkey if you spot this behavior. But never lose sight of the fact that there’s a lot of dominance-related behavior happening with other toms. Every time a turkey gets killed by a hunter, it shakes up the hierarchy and toms are going at it again. And, of course, many of the jakes and younger toms are starting to flock up now, and these gobbler groups can produce some of the best action of the season.”

Expert Tactic: Get Tight to the Roost or Sleep In

There’s been a late spring in many of the country’s top turkey areas, which means there’s a good chance there’s still hens needing to finish out a clutch, says Breen. “We spend a lot of time in farm country now, which allows us to observe birds from a distance. Anytime we see a strutter with a hen in the evening we try to keep tabs on them and where they’re heading to roost. If we can do that, that gobbler is dead at fly down 90 percent of the time. Ample foliage allows me to work tight to the roost in the predawn, and it’s not hard to get that bird to fly right down in my lap. Even if he messes with that hen for a while, I’m so tight to him that eventually he’s going to come check me out. And it’s absolutely common for that gobbler to be a hook-spurred giant that’ll be one of the biggest birds I’ll kill all spring.”

But if that doesn’t happen, Breen has a backup plan. “If gobblers are starting to group up, you can almost sleep in some mornings,” he laughs. “Because there will be very little gobbling on the limb on many, many days. But give things two or three hours, and it can be absolutely nuts. Gobblers start heading toward each other—some that have been roosted together, some not—and the action can be unreal. If we have access to several properties we’ll drive around, looking for that group of birds, but if not, I’ll just get to a good observation spot that allows me to see several fields and keep glassing until I hear or see them. Then I’ll slip in tight and start working them with flock talk. If I have to back off a ways, I rely on a four-reed mouth call to cut through distance and foliage; where I hunt they’re not going to hear subtle talking, so you have to pour it to them with yelping, fighting purrs, gobbling. If a bird or birds gobble to me I know I’m golden. But it’s important to look for those non-verbal responses—strutting, drumming, turning toward you. If you get any of that from a bird, he’s gassed up. All you have to do is wait him out, because he’s coming.”