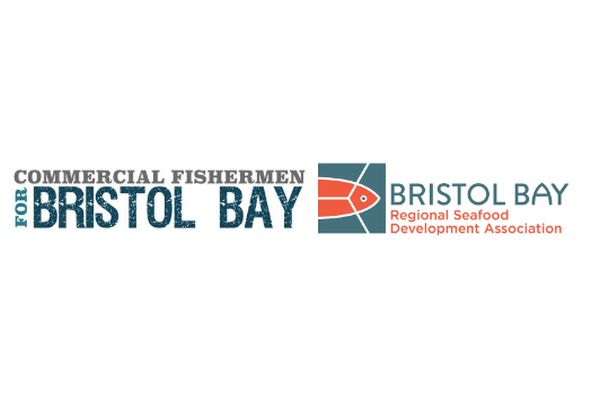 DILLINGHAM, AK – Today, as thousands of Bristol Bay fishermen and seafood industry workers prepare for what is predicted to be another record-breaking return of wild salmon, the Environmental Protection Agency (EPA) announced that it will release proposed protections for the Bristol Bay watershed on Thursday, May 26th. The EPA’s Clean Water Act Section 404(c) Proposed Determination would help keep critical salmon habitat in Bristol Bay’s headwaters pristine and productive. This proposal comes in response to a 20-year long effort led by Alaska Native tribes, fishermen, and businesses to stop the proposed Pebble Mine from being built in Bristol Bay’s headwaters.

In response to today’s release, Bristol Bay’s commercial fishing fleet welcomed the EPA’s Proposed Determination and applauded the EPA for taking a step towards protecting the world’s largest sockeye salmon fishery, which is predicted to have a record-breaking 73 million sockeye salmon return this summer and provides over half the world supply of wild sockeye salmon.

“Today’s announcement is an important step toward finally protecting Bristol Bay from the Pebble Mine and we hope EPA will move quickly to finalize the 404(c) Clean Water Act process to enact durable, long-lasting protections for the region, as we have requested, as soon as possible. With a predicted record-breaking fishing season kicking off shortly, it couldn’t be more clear what is at stake if Pebble Mine were built: thousands of jobs, a sustainable economy, and an irreplaceable way of life are all on the line. For years Bristol Bay’s fishermen have been asking the EPA to finalize Clean Water Act protections for our fishery and stop the Pebble Mine. Before we head out on our boats, we’ll weigh in once again and urge the EPA to protect Bristol Bay’s $2.2 billion dollar sustainable economy and the 15,000 jobs imperiled by the Pebble Mine,” said Katherine Carscallen, Director of Commercial Fishermen for Bristol Bay.

“We’re glad to see that the EPA is following the science and taking steps to protect Bristol Bay’s wild salmon fishery,” said Andy Wink, Executive Director of the Bristol Bay Regional Seafood Development Association. “Our industry has been operating with the Pebble Mine hanging over us for far too long. This threat has created tremendous uncertainty and risk for our fishermen and seafood processors who have invested hundreds of millions of dollars into fishing boats, fishing permits, and processing plants. We look forward to the EPA completing its 404(c) process as quickly as possible so that our industry can focus on harvesting and supplying the world with Bristol Bay Sockeye.”

The EPA’s forthcoming Proposed Determination will incorporate new data and research that has become available, most notably the Pebble Limited Partnership’s application to the US Army Corps of Engineers and subsequent Environmental Impact Statement. Based on that information, the EPA may prohibit and restrict the disposal of dredged or fill material produced from mining in several of Bristol Bay’s key salmon watersheds, including the North Fork Koktuli River, South Fork Koktuli River, and Upper Talarik Creek.

The EPA will host a public comment period for the Proposed Determination, ending on July 5, 2022. The comment period will include several public hearings: July 16th from 9am – 12pm in Dillingham, July 17th from 9am – 12pm in Iliamna, and June 16th from 5-8pm virtually. Public comments can be submitted online at http://www.regulations.gov or emailed to [email protected] with docket number “EPA–R10–OW–2022–0418” in the subject line of the message.

Commercial Fishermen for Bristol Bay is a national coalition of fishermen working to protect Bristol Bay, Alaska and the 15,000 jobs, $500 million in annual income, and $2.2 billion in economic activity that Bristol Bay’s wild salmon provide. www.fishermenforbristolbay.org