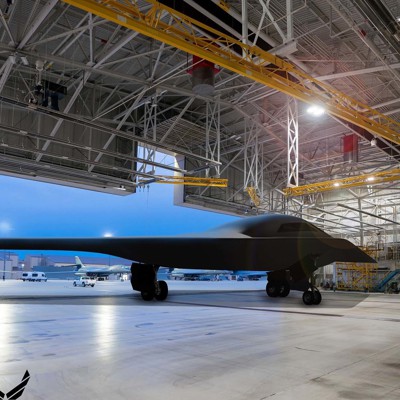 Apologies upfront: I saw “Top Gun: Maverick” this week and it’s pretty much dominated every personal and professional discussion I’ve had since. It’s rare when pop culture intersects with my coverage of military spending and weapons, but here we are.

Don’t worry, there are no major spoilers below, just the plotline, so please keep reading.

I’m not a huge movie guy—I haven’t been inside a theater since summer 2019. That’s not really a pandemic thing, I probably only head to the theater to see one or two movies per year, if that. But this film has been on my to-do list since 2012 when we first learned Tom Cruise would reprise his role as Pete “Maverick” Mitchell in a sequel to the 1986 classic “Top Gun.”

It’s clear a lot has changed since an executive bragged at a 2012 luncheon that Cruise would be a Lockheed Martin F-35 test pilot (Thank you Wayback Machine for saving this Steve Trimble gem!). We’ve known for some time that wasn’t the case. As I mentioned here, the movie gives most of its facetime to the F/A-18 Super Hornet, but also features an E-2D command-and-control plane, a fictional Skunk Works-made hypersonic jet called Darkstar, and just a brief cameo by the F-35 stealth fighter.

The enemy in the movie is never named, just like in military exercises filled with fake, made-up countries. I recall talking to now-Joint Chiefs Chairman Gen. Mark Milley about the faux adversaries in the early-morning hours at a 2015 exercise in the Mojave Desert. I recall him laughing, saying the bogus names really represent China, Russia, Iran, and North Korea. Back then, the Pentagon was reluctant to say who it was fighting.

So why does any of this matter? The movie does a good job of balancing the past and the present, while looking to the future. There are disputes over whether drones or manned jets will fill the skies. Whether or not hypersonic planes are ready for prime time. And whether fourth-generation (or third-generation!) jets can compete with fifth-gen.

Do yourself a favor on this long Memorial Day weekend and read this Vulture piece about the movie. Beware, it does have some spoilers, but it’s well done.

The first flight of the B-21 bomber has been delayed until next year; however, the public might get to view the yet-to-be seen aircraft this year. Aviation Week first reported the slip in schedule. This week, B-21 maker Northrop Grumman said the first stealth bomber finished a key ground test. “In early May, Northrop Grumman successfully completed the first—and most critical—loads calibration test of the first B-21 aircraft,” the company said. “The recent test is one of three major conditions the aircraft will undergo in this phase of ground testing as it progresses toward first flight.”

The National Reconnaissance Office this week awarded BlackSky, Maxar, and Planet the “largest ever” commercial imagery contacts, which are “valued at billions of dollars over the next decade.” The Maxar contract is worth $3.2 billion and BlackSky $1 billion over the decade, according to Space News. Terms of the Planet deal were not disclosed. “[T]hese contracts mark a historic expansion of the NRO’s acquisition of commercial imagery to meet increasing customer demands with greater capacity than ever before,” the agency said.

The U.S. State Department has cleared three major arms deals this week that could collectively be worth more than $3.1 billion. A $2.6 billion deal for Egypt to buy up to 23 Boeing-made CH-47F Chinook helicopters makes up the lion’s share of the deals. State also approved a $385 million deal for Australia to buy 20 M142 High Mobility Artillery Rocket Systems and 30 M30A2 Guided Multiple Launch Rocket Systems. Lastly, State OKed a $117 million deal for The Netherlands to buy 115 AIM-9X Block II missiles.

But can the Super Hornet’s star turn keep the production line open?

Creating autonomous teams in contested environments will be a challenge of technology—and policy.

Alliance applicants would bring expertise in deterring Russia and advanced naval capabilities in the Baltic Sea.

Here’s a two-stage plan to harden this crucial island base against China’s burgeoning missile arsenal.

The White House sent Congress a plan to protect Americans. It’s not a moment too soon for lawmakers to act.

How To Protect Your Camp From Invasive Trespassers