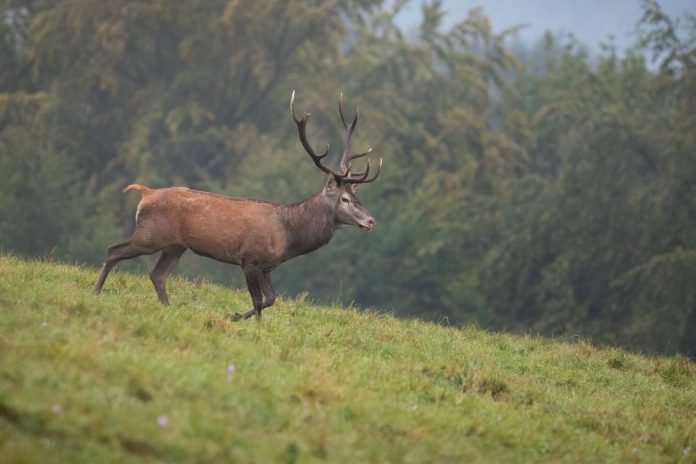 Before setting out on your deer hunting excursion, you need to research their habitat and daily lifestyle, including the paths they travel, what deer beds look like, their favorite water source, or anything that can help you locate them.

However, many hunters wonder if mature deer have a behavioral pattern. Do deer travel the same path every day? Do they visit the same places? Because if not, all your research data will be in vain.

This article will discuss whether deer travel the same path every day and the factors that affect their movements, so make sure you read until the end.

Do Deer Travel the Same Path Every Day?

Luckily for hunters, deer are creatures of habit, meaning they traverse the same path every single day, year after year. Although deer are highly adaptive, especially since the forest is full of predators, they still prefer to visit familiar places.

If a path is deemed safe by the herd, they will stick to it for decades. In fact, there are quite a few parts of forests that are visited regularly by deer, generation after generation. Even if an accident or mishap were to happen on any of these paths, it wouldn’t be immediately abandoned, making tracking a deer herd an easy task.

So, we’ve established that deer follow the same path every day, but what makes them choose a route and stick to it? And what will make them abandon the path? If these are the questions on your mind, here’s a list of the factors that affect deer movement:

Although walking against the wind can be physically straining, it’s their defense mechanism against unexpected attacks. The wind amps up sound, noises, and scents, which alert the deer of any impending danger or approaching predators well in advance.

Deer avoid open areas in broad daylight. They have mastered the art of camouflaging themselves within the dense foliage of the forest. Hence, you will usually find them venturing out in the forest post-sunset.

Also, they are more likely to be seen in parts of the forest that are heavily shrouded by trees and bushes.

As mentioned before, deer do not like stepping out during the bright morning hours when they can easily be spotted. Preferred times include before the break of dawn at about 4 AM and at night after 10 PM. These are the times they venture out searching for food and water.

Most deer have a stellar retina and night vision, allowing them to see clearly even in the darkest hours of the night. The rest of the day is spent in their bedding areas, far from both animals and hunters.

As is the case with most animals, the best way to track a herd of deer is to track their water sources. Usually, deer have a fixed source of water where they like to return twice a day — morning and evening to quench their thirst.

Say you find the water body that attracts the maximum deer in the forest. All you have to do is wait. The herd of deer will walk into your territory sooner rather than later.

Deer movements are highly influenced by season. They find enough vegetation to feed on during summers and spring without venturing too far from their beds. However, their food sources are limited during winter and autumn, forcing them to venture further into the forest.

So, winters and autumns force deer to come out of their safety covers and venture into the threatening parts of the forest. They may also be seen during early mornings and sometimes even in broad daylight, increasing your chances of spotting them.

In addition to the factors mentioned above, you should also research different types of forest vegetation, hunting pressure, and the potential predators for the bucks you’re after. Try to target areas with food plots of peas, nuts, corn, etc., as these are some of the deer’s favorite foods.

Speaking of predators, mark territories where deer’s enemies stroll around the most, which happen to be areas bucks are least likely to visit.

Do Deer Return to Their Beds After Sensing a Threat?

Deer will return to their usual paths and beds even after sensing a threat. However, when they return depends on the intensity of the threat. They are more likely to return as soon as the threat has retreated.

How Far Do Deer Travel Every Day?

It’s hard to put a number on how far a herd of deer might travel in a day. It depends on the species, forest area, season, age of the deer, and a few other factors. On average, they can travel anywhere between one to three miles a day from their bedding areas.

Do Deer Sleep in the Same Beds Every Day?

Once deer find a safe bedding area, they will continue to sleep there until their safety is compromised. Also, they might sleep alone or in a herd. A long-standing bedding area is one of the surest places you can expect deer to return every day.

What Attracts Deer the Most?

One of the most popular deer attractants is food. Look for nuts, red clover, and chicory vegetation or orchard grass. Protein-loaded vegetables like peas, soybeans, kale, and corn also attract deer.

Do deer travel the same path every day? Deer often travel through the same path, which makes tracking them extremely easy, even for amateur hunters. Just make sure you don’t scare them away from their favorite spots before you can set your trap.

After all, you don’t want to go through the hassle of finding out their new routes and bedding areas all over again.

What Happened to the Smith & Wesson SW99?