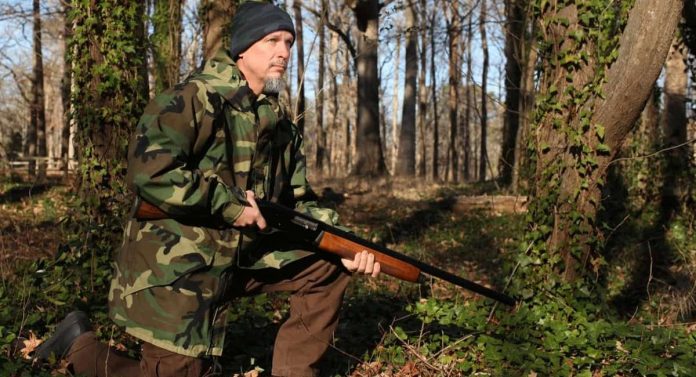 Today’s hunting tradition is vastly different from our forefathers and grandfathers. Many individuals have become adamantly opposed to the concept of hunting and even lobby against it, believing it to be nothing but animal cruelty. Hunting used to be a widely accepted way of life or an ethical code – for many people, it still is, but we always seem to have to justify ourselves to others.

Non-hunters often challenge the issue’s morality and ask various questions. So how do you deal with them properly? Since non-hunters are vital to the future of hunting, it’s crucial to treat them respectfully without leaving a negative impression. In this article, we’ll go over several ways on how you can show respect for non-hunters, so read until the end.

The Right Way to Interact With a Non-Hunter

Before we begin, keep in mind that a discussion about hunting with a keen non-hunter is an open one – we’re not attempting to win an argument. Let’s look at the right way to talk with a non-hunter.

Share your game meat with others. When you do, emphasize that hunting provides high-quality, organic, and naturally stocked food from free-range animals. Simply reminding folks that hundreds of animals have died for their needs might sometimes be enough to start a respectful discussion about why you want to hunt. This theme has the potential to bring together both hunters and non-hunters.

Hunting is one of the most crucial techniques employed by a wildlife agency. Make a point to highlight its ecological and habitat benefits.

You’d agree that both hunters and non-hunters share a common concern – the preservation of lands for future generations and the health of their habitat and animal population. Educate non-hunters about animal welfare and that supervised hunting does not lead to species extinction, which is one major reason why some non-hunters oppose hunting.

Discuss how deer overbrowsing can harm ecosystems, putting many other species at risk. Deer overbrowsing can even lead to the extinction of some of these at-risk wild animals. By teaching the non-hunter what conservation truly means, future generations will be able to wrap their heads around the benefits of sustainable hunting.

It can be tough to describe hunting to someone who has never done it before. It’s even more difficult when the other person’s perspective on hunting has been influenced by anti-hunters propaganda.

Showing someone hunting ethics is the best method to help them accept the activity. Begin by inviting them over for supper of your favorite game animal and share an ethical hunting story.

Invite a non-hunter to visit you on your favorite hunt if you have the resources. Even if you don’t pull the trigger or spot a turkey, your non-hunting pal will learn about hunting ethics and enjoy the whole hunting experience.

Be a Responsible Hunter

The most important thing to remember while talking about hunting is to be patient – don’t give up the high ground by being arrogant or aggressive. Non-hunters might quickly become anti-hunters depending on the way hunters conduct themselves in public. Every hunter should be a perfect ambassador of their sport – speaking wisely will generate goodwill.

Tips for Showing Respect for Non-Hunters

Here are ten gestures to show respect to your non-hunter friends:

Hunters must treat local neighbors with respect and abide by hunter ethics. A little courtesy and preparation before a hunt will help prevent or minimize conflicts.

Here are a few recommendations:

We hope you now have the answer to how can you show respect for non-hunters? Mutual understanding and courtesy demonstrated by hunters and non-hunters will ultimately see the two groups getting along and moving on from their heated debates in the past.

Respect, honor, hunter safety, and fairness are all qualities that ethical hunters possess. Most non-hunters are tolerant, but they’ll be less so if they’re confronted with displays of the dead game or observe people dressed in hunting gear misbehaving. So, be sure to take these tips to your next hunt!