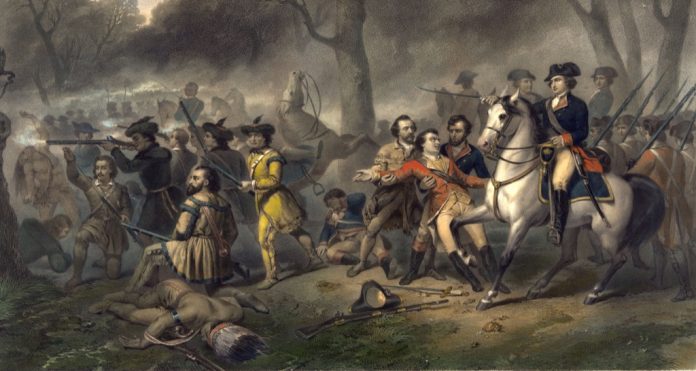 George Washington, a young lieutenant colonel in the British Army and future president of the United States, led an attack on French forces at Jumonville Glen on this day in 1754. This battle was later credited with being the opening salvo in the French and Indian War (1754 to 1763). In the biography His Excellency: George Washington, historian Joseph Ellis recounts Washington’s first combat experience. Washington and 40 colonial troops had been encamped near the French garrison at Fort Duquesne when he received an urgent message to rescue Indian allies in the area who were threatened by French forces. In his official report of the encounter, Washington described how his troops, aided by warriors under the Indian leader Tanacharison, surrounded a detachment of 32 French soldiers near the fort on May 28 and, within 15 minutes, killed 10 of them, including the garrison’s commander, wounded one and took another 21 prisoner.

Today we present another entry for Round 100 of the SurvivalBlog non-fiction writing contest. The prizes for this round include:

More than $725,000 worth of prizes have been awarded since we started running this contest. Round 100 ends in just three days on May 31st, so get busy writing and e-mail us your entry. Remember that there is a 1,500-word minimum, and that articles on practical “how-to” skills for survival have an advantage in the judging

Guide to Rechargeable Batteries for Preppers

Food As Currency. I calculated the projected dollar value in today’s money.