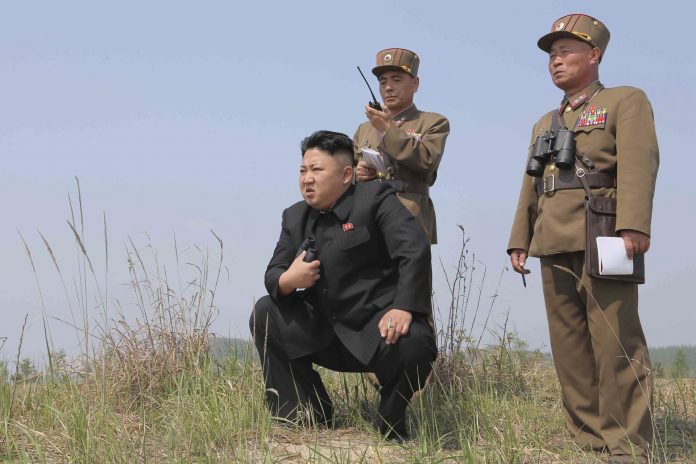 US and South Korean officials have warned for weeks that Pyongyang may conduct a seventh nuclear test, and on Wednesday it test-fired three missiles, including possibly its largest intercontinental ballistic missile (ICBM), the Hwasong-17.

Despite struggling with a recent Covid-19 outbreak, the isolated country has resumed construction at a long-dormant nuclear reactor, new satellite imagery has indicated.

“Operational tests of a nuclear detonation device in preparation for a seventh nuclear test are now being detected,” said Kim Tae-hyo, first deputy director of the National Security Office.

These experiments were being carried out away from the North’s key nuclear testing site, which was being closely monitored by Seoul, he said.

“The North Korean authorities are imminently near the final preparation stage for a nuclear test of a scale and quality they want,” Kim told reporters.

“The possibility of an imminent nuclear test in the next day or two is low, but after that, there is certainly a possibility,” he added.

The presidential office did not give any further details on the detonation device.

Kim’s comments came hours after Pyongyang fired what Seoul said were three ballistic missiles, including at least one ICBM.

He said “it was judged that the first launch was of the new ICBM, the Hwasong-17”, which North Korea has tried unsuccessfully to test-fire before.

North Korean leader Kim Jong Un has recently doubled down on his programme of military modernisation, with the nuclear-armed country carrying out nearly 20 sanctions-busting weapons tests this year.

Analysts have warned Kim could speed up nuclear testing plans to distract North Korea’s population from the disastrous coronavirus outbreak.