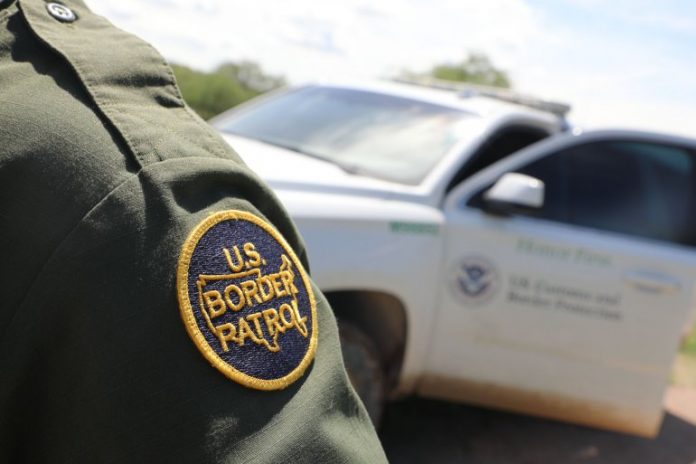 The more that comes out about the botched police response in Uvalde, Texas, the worse it looks for the local cops. It turns out that while UPD officers waited for a key or some such nonsense, an off-duty Border Patrol tactical agent drove 40 miles from having lunch to storm the school and neutralize the social misfit killer.

The BORTAC Gigachad who breached the school, neutralized the shooter, and had a bullet grazed his scalp in the process. pic.twitter.com/9TDBfWBCZn

Not only did the Border Patrol agent not get to finish his lunch, he needed staples to close a grazing bullet wound to his head.

NEW: This is the hat the elite, veteran BORTAC Border Patrol agent was wearing when he breached the classroom with a tactical team and engaged/killed the Uvalde school shooter, a CBP source tells me. Graze wound to head. Many BP agents in Uvalde have kids at the school. @FoxNews pic.twitter.com/924WCOZjsK

Click to Houston has the latest details that make the Border Patrol agent look like a hero while local cops look a lot less than courageous:

Escalon said [scumbag’s name redacted] was killed approximately an hour later when a tactical team, led by a Border Patrol agent, breached a classroom and shot him.

Sources close to this investigation tell KPRC 2 Investigates the Border Patrol agent who is credited with stopping [scumbag’s name redacted] was eating lunch at the Mill Creek Café in the town of Leakey when he heard the call go out over his radio. Sources tell KPRC 2 even though the agent was not in uniform, he didn’t hesitate to jump into his vehicle and drive 40 miles to Robb elementary. We are told the agent is a member of Border Patrol’s tactical team known as BORTAC.

This Border Patrol agent personifies what an American hero looks like. Meanwhile, the locals had a long list of reasons why they didn’t storm the building. From the same story . . .

DPS officials said they understood the questions coming from parents, but defended the actions of the officers who first responded to the shooting.

“Officers received gunfire, they don’t make entry initially because of the gunfire they’re receiving. But we have officers calling for additional resources. Everybody that’s in the area of tactical teams. ‘We need equipment, we need special equipment, we need body armor, we need precision rifleman, negotiators,” said Escalon. “So during this time, that they’re making those calls to bring in help to solve this problem and stop it immediately. They’re also evacuating personnel, let’s say personnel, students, teachers.”

Those same cops tased and handcuffed parents who tried to break police lines to try to either rescue kids or confront the killer while the cops stood around…waiting.

Biden Ordered ATF to Get His ‘Ghost Guns’ For Press Conference