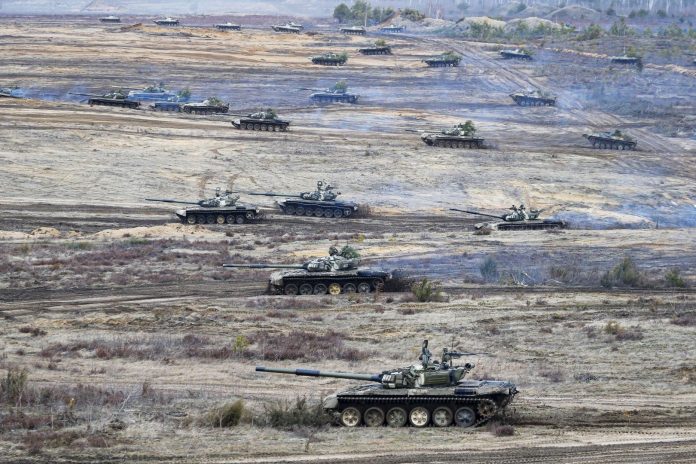 The Kremlin said Thursday it was important to ensure basic living conditions in war-torn Ukraine as signs multiplied that Moscow was seeking to permanently occupy or even annex the pro-Western country’s southeast.

Russian President Vladimir Putin sent troops to Ukraine on February 24 but Moscow has repeatedly stressed it is not seeking to occupy Ukrainian territories.

A growing chorus of senior Russian and pro-Moscow officials however indicates Moscow intends to remain in territories it controls in southern Ukraine, such as the Kherson region and large parts of Zaporizhzhia.

Asked about the future of southern Ukraine on Thursday, Putin’s spokesman Dmitry Peskov said that only local people would determine its fate.

“Nothing can be done without the expression of the will of the inhabitants of these regions, without them deciding how to go on and with whom they want to live,” Peskov told reporters.

He rejected claims that Russia was seeking to permanently occupy the Ukrainian territory it currently controls, stressing that it was important to ensure basic living conditions for the locals.

“Social security must be guaranteed, there can be no pauses here,” Peskov said. “And many areas are now without electricity, and without sewage systems, and without water. And this needs to be done.”

Russia annexed the peninsula of Crimea from Ukraine in 2014, staging a referendum that has been condemned as illegal by the West.

Separatist authorities in eastern Ukraine’s breakaway regions of Donetsk and Lugansk said they would also want to become part of Russia.

In a number of Ukrainian cities including Mariupol, Kherson and Berdyansk Moscow has installed local administrations in charge of bringing back a semblance of normal life and laying the groundwork for a future with Russia.

Plans are in the works to start paying public sector salaries and pensions in Russian rubles instead of Ukrainian hryvnia.

Russian officials and Moscow-appointed authorities have said that the southern Ukrainian region of Kherson — which provides a land bridge to Crimea — will likely become part of Russia.

“We look at Russia as our own country,” said the pro-Moscow head of the Kherson administration, Vladimir Saldo.

During a trip to the region of Zaporizhzhia on Wednesday, Russian Deputy Prime Minister Marat Khusnullin said the southeastern Ukrainian region could also join “the friendly Russian family”.

“That’s why I came here, to help with integration as much as possible,” he told reporters.

Largest nuclear plant in Europe
He also indicated that Russia could cut off Ukraine from the Zaporizhzhia plant, which has been captured by Russian troops, unless Kyiv pays Moscow for electricity.

Russians “do not have the technical capacity to supply energy from the Zaporizhzhia nuclear power plant to Russia or Crimea”, Energoatom spokesman Leonid Oliynyk told AFP.

“This requires cost and time,” he said. “And in a month or two we will have everything under Ukrainian control again.”

In 2021, before the outbreak of conflict, the plant accounted for one-fifth of Ukraine’s annual electricity production and almost half the electricity generated in the country’s nuclear power plants.

Russian soldiers in early March took control of the plant in the city of Energodar, separated by the Dnipro river from the regional capital, Zaporizhzhia, which is still under Kyiv’s control.

Clashes erupted at the plant in the first days of the conflict, raising fears of a possible nuclear disaster in a country where a nuclear reactor exploded at the Chernobyl plant in 1986.

Coelacanth Hunt While Upside Down, According to Study