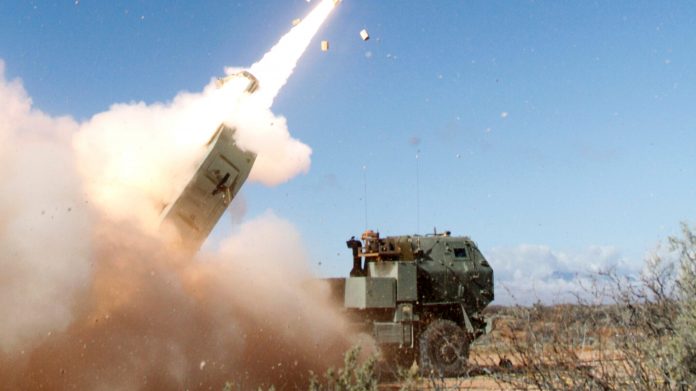 A weapon is launched from a US Army HIMARS launcher truck. (US Army)

WASHINGTON: The US State Department has cleared a trio of major weapon sales, potentially worth up to $3.1 billion.

The three potential deals — CH-47F Chinook Helicopters for Egypt, HIMARS Launchers for Australia, and AIM-9X missiles for the Dutch — were announced Thursday afternoon by the Defense Security Cooperation Agency. Sales announcements are not final; Foreign Military Sales (FMS) cases announced like these have been approved by the executive branch, and now Congress must weigh in or do nothing. Should the Hill not object, the quantities and dollar values in the deals can change during negotiations with industry.

The proposed sale “will improve Egypt’s heavy lift capability,” according to DSCA. “Egypt will use this enhanced capability to strengthen its homeland defense and deter regional threats. Egypt will have no difficulty absorbing this equipment and services into its armed forces.”

This is the second FMS deal for Egypt approved by State this month, following a May 19 announcement about a $691 million potential sale of TOW 2A missiles. Overall, the Biden administration has cleared eight FMS requests for Egypt, worth an estimated $6.63 billion.

“The proposed sale will improve Australia’s capability to meet current and future threats, and will enhance interoperability with U.S. forces and other allied forces,” the DSCA announcement reads. “Australia will use the capability to strengthen its homeland defense and provide greater security for its critical infrastructure.” Work will primarily be done by Lockheed Martin, L3 Harris Corp and UK-based Chelton, Inc.

Given the long tail of FMS cases, the Australians have likely been waiting a while for the system to be cleared. But the announcement comes after President Joe Biden met with newly-elected Prime Minister Anthony Albanese, and as the US seeks to strengthen military ties with Australia.