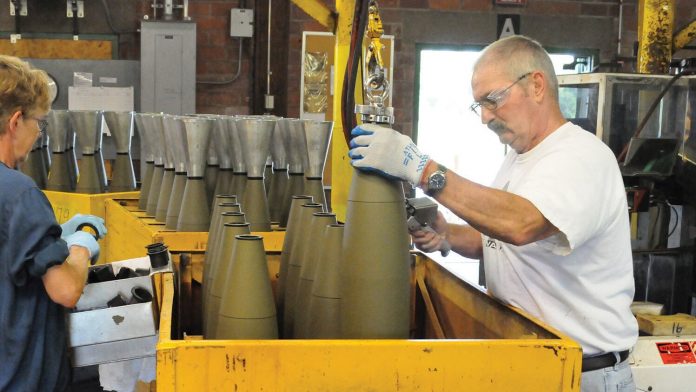 Contractor employees at Iowa Army Ammunition Plant prepare 155 mm artillery rounds to be filled as a part of the load, assemble and pack operation. The plant is an example of surge production, a key consideration in JMC’s risk model. (Photo by JMC)

WASHINGTON: President Joe Biden has officially nominated former trade official Laura Taylor-Kale to be assistant secretary of defense for industrial policy, a role with an increasing importance for the Pentagon.

As part of the 2021 National Defense Authorization Act, Congress turned the role of deputy assistant secretary of defense for industrial policy to an ASD level job. It’s a return to form for a role that had, at one point, been held by an ASD before Congress began looking for places to cut the department bureaucracy. The Industrial Policy job has oversight of the health of America’s defense industry, as well as management of the use of the Defense Production Act, which has emerged in the last two years as a key tool for everything from COVID vaccines to buying baby formula.

While that elevation back to an ASD gives the office more power, it also means the office holder must be confirmed by the Senate — a process that in recent years has dragged for even non-controversial nominees. Given the looming presence of the mid-term elections, getting Taylor-Kale through the Senate Armed Services Committee and then through a whole Senate vote may take longer than the White House would hope.

RELATED: US needs ‘manufacturing renaissance’ to compete with China: Report 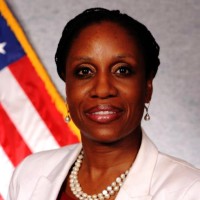 Of the 65 open positions at DoD tracked by the Partnership for Public Service, 41 spots have confirmed officials in them, while 12 nominees are awaiting movement in the Senate. Taylor-Kale’s nomination had been expected.

In a LinkedIn post, Taylor-Kale wrote, “I am deeply honored, humbled and excited that President Biden intends to nominate me to be Assistant Secretary of Defense for Industrial Base Policy. I look forward to working with the Senate on next steps in the confirmation process.”

Taylor-Kale, who has a long history of working on manufacturing issues, is currently a fellow for innovation and economic competitiveness at the Council on Foreign Relations. According to a bio released by the White House, she was a career State Department Foreign Service Officer, with diplomatic postings in Afghanistan, India, Cote d’Ivoire, and the Bureau of Economic and Business Affairs, before a stint at the World Bank. From 2014 to 2017, she served as deputy assistant secretary of commerce for manufacturing in the International Trade Administration.

The Pentagon Gets the Better Part of a Trillion Dollars a Year. Why Isn’t That Enough?

Best Fishing Lines for Crappie in 2022