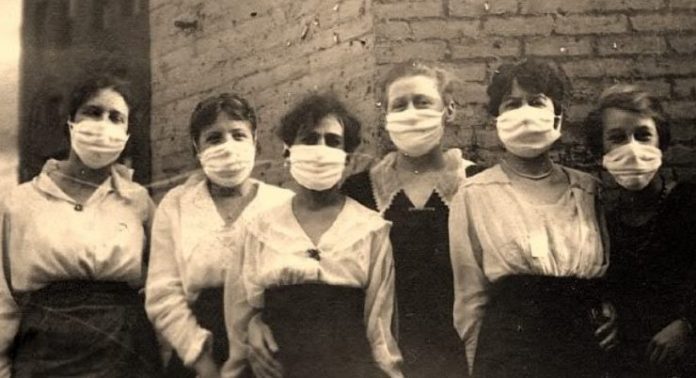 I thought long and hard about whether to share this due to OPSEC, but felt it was important.

We have been seeing the same GP for healthcare for 28+ years and he was just slightly older than us. In June of 2020 he announced his retirement due to his own health concerns and COVID. He had always been very down-to-earth, understanding, listened more than he spoke, understood people, non-political, etc. The kind of doctor you would want for a Physician.

Luckily, his office partner was able to see us so we didn’t have to find new doctors. I had a physical scheduled for late that fall after Primary Doctor retired, and opted to do a virtual appointment during the pandemic with his Office partner who wasn’t as good a fit, but was ok for the time being. I only have 2 prescriptions so just getting the visit done and prescriptions renewed was a load off of our minds. Wife has several more prescriptions, and is a cancer survivor so her healthcare is more of a priority. The next summer in August 2021, without advance notice, the Office announced replacement/partner had seen his last patient in June, and would be retiring, so we would need to find new doctors because the office would be closing.

COVID cost us two doctors in 14 months. So, we began the search. The only doctors we could find in our network who were accepting patients were 20-to-30 something year-old doctors, fresh out of residency. We each booked an appointment 2.5 months out, which later had to be postponed for 4 weeks, because of this past winter’s spike in Covid cases, with someone I will refer to as Doctor “Doogie”.

My appointment was first on the schedule. I saw Dr. “Doogie” Mid-April. At the appointment. I asked him about my 2 meds, and whether there were any alternatives, or ways to get off of them. He bluntly stated those were the Medical/Hospitals protocols for this type of case. We discussed all the usual, diet/exercise etc. and he examined me. I played baseball for 11 yrs., competed in road cycling, and lifted weights for many years, so health generally is good. My resting heart rate is still 61, and in my prime it was 55. Bloodwork is good, but Cholesterol is a little high (not much), but that’s because good cholesterol is most of that ratio.

I should mention that for the past two years, I have done all of the outside the home errands including food shopping, car maintenance, etc. in an effort to protect Dear Wife from exposure, always wearing an N-95 mask and taking every precaution possible including shopping in the early hours before the public shows up and utilizing curbside pickup when possible. I supplement with Vitamins, and have since my athletic years including Multi, B-Complex, C, D, and Zinc on days when I ‘go public’. All are taken spaced out throughout the day. Most are timed-release. We eat very well, plenty of dark greens, complex Carbohydrates, fruits, veg, and yes, we like our protein of the animal variety, and plenty of eggs, etc. I get plenty of exercise (Wife not so much). She tires easily, and has ever since her cancer treatment. Back to my doctor’s exam/appointment:

When I got to the point where I asked what his treatment protocols were for COVID (without giving any opinions or information about my beliefs), his posture changed. He stood up, crossed his arms, got very uncomfortable and defensive, and stated he didn’t think Hydroxychloroquine or Ivermectin worked, and that there were studies proving they had little value, and that he recommended the vaccine. Now this is without my giving any indication what my beliefs were, only asking what his treatment protocol was for someone who got COVID. Then, when I stated that I hadn’t been vaxxed, hadn’t gotten COVID, nor had my wife, and based on the VAERS data and studies from around the world, I wasn’t planning on getting the vaccine. I also stated that research from studies in India, Africa, Scandinavia and other countries showed improvement when (Hydroxychloroquine  and Ivermectin)/FLCCC’s treatment protocols were used early, and in the proper dosage vs. late treatment after hospitalization.

I never even got to my Religious objections before he cut me off and said he wasn’t able to provide those kinds of treatments, and said they had Paxlovid available for treatment. (Two weeks after my appointment, bad news came out on Paxlovid). He finished up and concluded the appointment (about 45 minutes with exam), by scheduling an appointment for 1 year later, and that was that, or so I thought. Later that night (9 something p.m.) I get an e-mail on the Medical Net from his office wherein he tells me (without giving any reason), that he doesn’t think he can provide the medical Services I am seeking. When I asked if it had anything to do with the questions I had asked about his COVID treatment protocols, he said absolutely not, he had many patients that hadn’t taken the vaccine… I told him I didn’t understand his reason for this decision, and thought it was entirely appropriate to ask questions about my medications, my treatment, and his treatment protocols. He then stopped responding.

My dear wife had an appointment scheduled with him for the following week, which she had like-wise been in the queue for 2.5 months. The day before the appointment, his office called and canceled her appointment, saying he was sick and wouldn’t be in. She thought it odd they didn’t offer to reschedule. I phoned his office the next day with caller id blocked, and may or may not have said I was a Pharmaceutical Rep, and that I wanted a few minutes with the doctor when he was available. I asked if Dr. Doogie was in, and if I could stop by and introduce myself. The secretary said yes, he was in with patients (so he was not out sick as his secretary told my wife the day before). I told her I was willing to wait until he was available and confirmed again that he was in the office. She said he was.

New doctors seem to be toeing the Hospitals/Medical Networks line and official dogma, so be advised and aware. We are now asking around for like-minded Physicians… We started by searching the internet using DuckDuckGo.com for Physicians that prescribed Hydroxychloroquine Sulfate and Ivermectin. It was virtually impossible to locate doctors and Pharmacies that were willing to commit publicly on the Internet, or at least we had difficulty finding any in the nearby region. We then tried the FLCCC website. The FLCCC Alliance lists doctors and Pharmacists willing to prescribe/fill prescriptions and that provide COVID care using their protocol. We had some luck in our area searching for doctors by checking with Pharmacies listed on the FLCCC website that prescribe the alternative medications. We then called around and asked those pharmacists in our area if they know any Physicians prescribing those meds. One was unwilling to give out names of doctors, but another did give us two names. It’s a start, but we’re going to keep asking around. Another idea might be to approach the Pharmacies in person vs over the phone. We haven’t tried that yet but just a suggestion …

If anyone has other suggestions on how to find ‘like-minded physicians and pharmacies’, please share them via e-mail with JWR, so that he can post them in the Snippets column, next Wednesday.