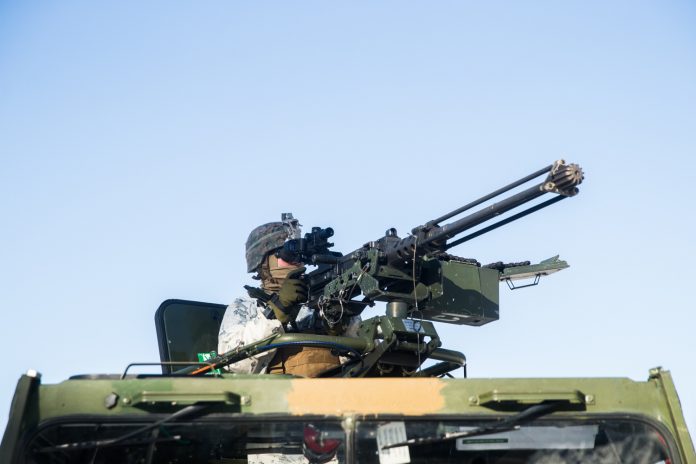 Posted 58 mins ago in Defense, Photo Of The Day with No Comments
Tags: Browming M2, M2 Browning, Minigun Monday

Photo Of The Day: Once upon a time we used to run a mini-series called Minigun Monday. Well, this one isn’t a Minigun and never made it to our series, but it’s easy to get fooled. Upon closer look, it is a Browning M2 .50 BMG Heavy Machine Gun with a blank firing adapter mounted.

The U.S. Marine above is with the Marine Rotational Force-Europe 19.1, and he’s providing security from the top of a Bandvagn 206, the famous all-terrain carrier made in Sweden. You can find all the previous Minigun Monday articles here.