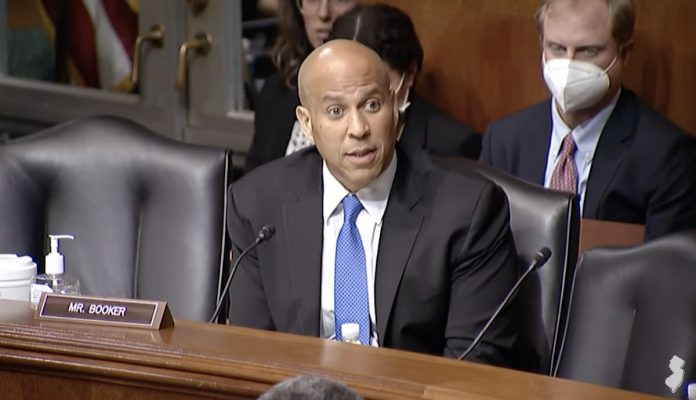 Several Democrats in the U.S. Senate last week introduced legislation that would force gun owners to obtain a license from the Department of Justice (DOJ) in order to purchase or receive a firearm.

In order to procure a federal firearm license, the prospective buyer would need to satisfy the following mandates:

Each license would be valid for five years and only good for the purchase of a single firearm “which shall be purchased not later than 30 days after the date on which the license is issued.”

When the license expires, gun owners would need to get another training certificate and pass a background check, again.

The DOJ could revoke a license if it suspects a person is a danger to themselves or others.  The agency would also empower the Federal Bureau of Investigation (FBI) to regularly monitor and audit gun owners to ensure that they are in compliance with the law.

“This bill moves us in the right direction and is based on a simple concept – if you need a license to drive a car, you should need one to buy and possess a gun,” said Sen. Booker.

“Firearm licensing laws have broad public support and have been shown to reduce gun violence in states that have enacted them, including in my home state of New Jersey,” he added.

Alan Gottlieb, the founder of the Second Amendment Foundation, pointed out to GunsAmerica via email that the bill would also require universal gun registration.

“This ‘Federal Firearm Licensing Act’ scheme would literally force you to beg the Attorney General every time you exercise your Second Amendment Rights and try to purchase a firearm. And as part of this licensing process, you would also be required to register your gun with the federal government,” he explained.

“And it is not only licensing and registration. That’s because you could be denied a license on the grounds that you recently bought a firearm or ammunition. Even worse, if you’re deemed a ‘threat’ and we’re sure the AG would love to declare buying too many guns a threat, your license could be revoked,” Gottlieb added.

It’s not exactly clear at this point how much money a federal gun license would cost.

With the Senate’s 50-50 split, the chances of this bill becoming law are low. That said, it’s something to keep an eye on and it underscores just how extreme the Dems have become when it comes to chilling the 2A rights of law-abiding citizens.

There was a time, not too long ago, when Democratic candidates would publicly tout their 2A bonafides. Remember when Hillary Clinton talked about duck hunting with her father in Arkansas? Or when Obama was skeet shooting at Camp David?

Democrats, by and large, have given up all appearances that they care about one’s right to keep and bear arms. in 2022, they are firmly and unabashedly committed to disarming America.

US making progress on cyber defense, but up against some ‘significant hurdles’: Commission report

Today is the birthday of writer Clive Staples (“C.S.”) Lewis