SYDNEY: During this week’s Quad summit in Japan, a little noticed proposal was offered that could help change the balance of information between China, the Pacific islands and many of the smaller Indo-Pacific countries.

Bearing the lumpy name of the Indo-Pacific Partnership for Maritime Domain Awareness (IPMDA), the goal is for countries across the region to buy commercial satellite imagery and fuse it with data gathered from sources such as the Automatic Identification Systems (AIS), which broadcast a ship’s name, location, course, speed and other data.

One of the biggest challenges for smaller countries in the region is tracking vessels that fish illegally after having turned off their AIS. That is particularly important China’s ongoing use of militia ships, nominally commercial vehicles that fly the PRC flag and sometimes act on behalf of the Chinese government to help make sovereignty claims and block other nation’s ships from areas China wants.

“This initiative will transform the ability of partners in the Pacific Islands, Southeast Asia, and the Indian Ocean region to fully monitor the waters on their shores and, in turn, to uphold a free and open Indo-Pacific,” a White House Fact Sheet says. That fits into the fundamental stated goal of the Quad states — Australia, India, Japan and the United States — to bolster the “free and open” Pacific as a counter to Chinese attempts to build a power projection military over territory China covets but to which it is not legally entitled. 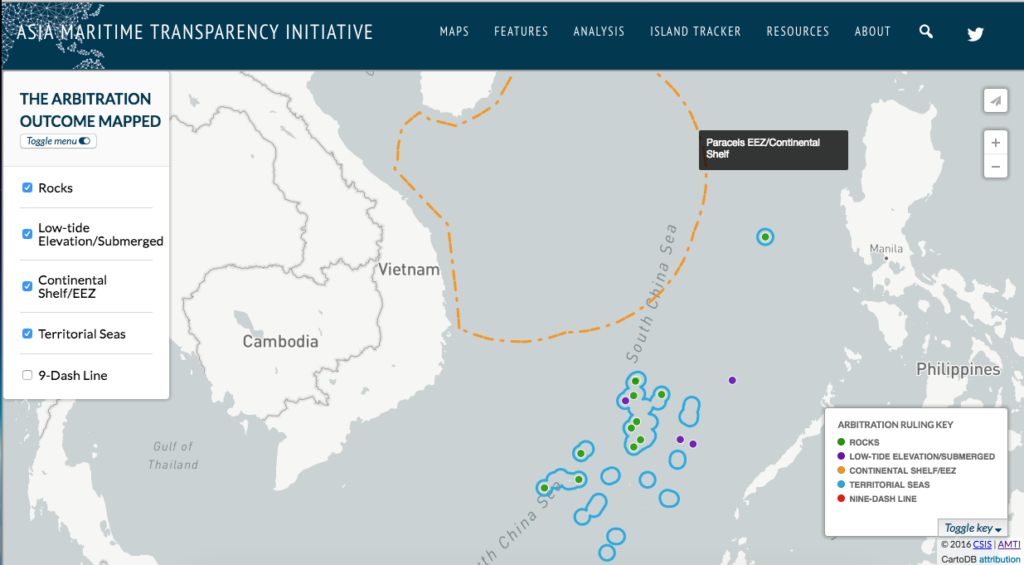 China has made clear it understands this is what underpins the Quad, even if it does exaggerate wildly when it calls it the Pacific NATO; the Quad is a regional political agreement that falls well short of a legal alliance where every country is bound by treaty to come to aid all the others.

Beijing also appears to be moving to counter the Quad. A Wednesday morning report from Reuters found that China is attempting to create a network of 10 smaller states “policing, security and data communications cooperation.”

Per Reuters, Federated States of Micronesia President David Panuelo said in a letter to other regional leaders that his nation “would argue the ‘pre-determined joint communique’ should be rejected, because he fears it could spark a new ‘Cold War’ between China and the West.”

The Quad hopes to increase information sharing in the region, including the support of a  network of fusion centers: India’s Information Fusion Center-Indian Ocean Region; Singapore’s Information Fusion Center; the Solomon Islands Pacific Islands Forum Fisheries Agency, and Vanuatu’s Pacific Fusion Center. The last two already get support from Australia, which, in the wake of the Solomon’s debacle involving a secret security agreement with China, has pledged funding for aerial surveillance of illegal fishing to help the Pacific Island countries.

A senior Biden administration official noted in a call with reporters that the IPMDA data will be unclassified, “which will allow the Quad to provide it to a wide range of partners who wish to benefit.” As a result, militaries of the region will be able to quickly and easily share this data for coalition planning should the need arise. (While the official said “the primary demand on this in many ways is not from militaries” but from the equivalents of coast guards, the fact is that many governments in this region boast paramilitary national police instead of militaries.)

“The Quad’s IPMDA proposal is a very good idea, at least in theory,” David Brewster, a senior research fellow at Australian National University’s National Security College, said in an email. “It means that illegal fishers won’t, for example, just be to ‘go dark’ by switching off their Automatic Identification Systems. The very act of switching off their AIS will attract attention and lead them to be tracked by other means. The system would also flag suspicious activities by a vessel’s position or its movements. Several of the Quad partners already have the systems to conduct this sort of analysis using existing data sources.”

But Brewster and another Australian expert in Pacific maritime security, Anthony Bergin of the Australian Strategic Policy Institute, say there are some big questions and issues that need addressing.

“For example, who will take the lead in putting the system together? How is it proposed to provide this intelligence to regional information centres and to national authorities that have the legal authority and responsibility to take action? How will confidentiality of the intelligence be protected?” Brewster asked. “It can be difficult to make these systems work in practice. I expect that it will take quite a bit of money, time and focus to get a system like this actually operating.”

Bergin said the central question to making this effort successful will be deciding who runs it. He contacted four Pacific maritime security officials to ask them about it and said not one of them had even heard of it, let alone been consulted about how to implement it.

“One of the people asked me directly: will our system be part of it,” he noted.

While the Quad was meeting, word spread that China’s foreign minister planned a sweep through the Pacific islands, starting with a visit to Honoria, capital of the Solomon Islands

Australia countered with a leak that, as the Australian newspaper put it, newly elected Prime Minister “Anthony Albanese and Foreign Minister Penny Wong will dramatically ramp-up official visits to South Pacific nations to counter an unprecedented Chinese push to expand its influence in the region.

Wong, the paper said, “is preparing a blitz of South Pacific nations, heading to Fiji on Thursday as Chinese Foreign Minister Wang Yi embarks on a massive eight-nation tour of the Pacific starting in the Solomon Islands … The Prime Minister is expected to undertake a major trip to Indonesia in coming weeks, and will visit Papua New Guinea as soon as possible.”

The two of them will reportedly also attend the Pacific Island Forum in mid-July.