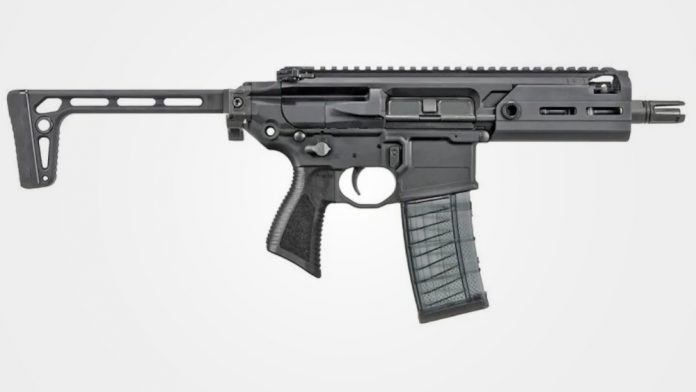 The U.S. Special Operations Command, or SOCOM, just selected the SIG Sauer MCX Rattler to be their new personal defense weapon or PDW. This small, downright concealable MCX will be fielded in both 5.56 NATO and 300 AAC Blackout.

This comes on the heels of another major contract for the company, as the U.S. military selected the SIG MCX Spear chambered for 6.8x51mm in conjunction with the United States Army Next Generation Squad Weapon, or NGSW, program.

“Furthermore, parts, sustainment, and New Equipment Training will also be part of this IDIQ. The PDW system will allow Operators to have maximum firepower in a concealable weapon.”

Details about the five-year fixed firm price contract are thin, and its size or price have not been disclosed.

Winning the contract was fairly straightforward since only SIG was able to produce a design that met the contract’s requirements. “Except for Sig Sauer, the vendors did not meet the technical requirements,” said the award listing.

While other companies offered to manufacture guns that fit the bill, none of the competition had anything more than prototypes. One of the requirements was that the design be in full production, and the Rattler MCX has been firmly established on the commercial market for quite some time.

The Rattler is a short-stroke piston-driven carbine with its roots in the AR design that weighs in around six pounds or less, depending on the configuration. It uses a very short 5.5-inch barrel and has a modular handguard and side-folding stock.

The forend can be customized with Magpul M-Lok-pattern accessories, and the stock can be swapped out for any number of Picatinny-based alternatives including AR-15-style tubular stocks.

For more information about the MCX in all its patterns, visit SIG Sauer today.

Hunting Feral Hogs in California Could Get Much Easier