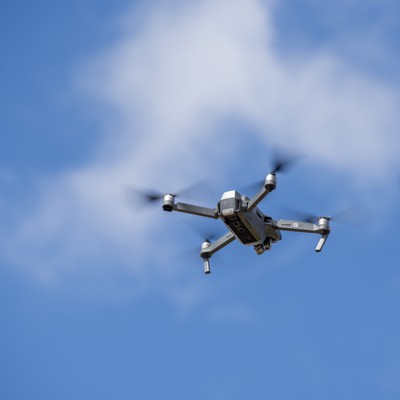 Drones have changed how we work, play, and do business in America. Every day, they help deliver packages, inspect pipelines, monitor crops, carry out search-and-rescue operations, and perform a myriad of other beneficial tasks. But drones also pose growing risks to our public safety and national security.

Outside the United States, weaponized drones have already been used to attack heads of state and government officials: the prime minister of Iraq in November, the president of Venezuela in August 2018, and a public safety secretary in Mexico in July 2017. Mexican drug cartels have used commercial drones to attack law enforcement officers and civilians. In January, news sites showed vivid footage of a drone dropping four explosive devices on a drug cartel camp in the state of Michoacán, an attack attributed to the Jalisco New Generation Cartel, which is considered the country’s most dangerous and powerful. They have also been used against U.S. troops and interests.

Inside the United States, criminals and other malicious actors are increasingly using drones to conduct illegal surveillance and industrial espionage, facilitate criminal activities, target critical infrastructure, and smuggle drugs across our southern border.

The trend is clear: the domestic threat posed by drones is real. We can’t afford to wait to act.

To lead in meeting the nation’s growing need, the Biden administration recently released the first whole-of-government plan to counter threats from drones. The Domestic Counter-Unmanned Aircraft Systems National Action Plan outlines eight actions we will pursue to close critical gaps in policy and law that directly impede our ability to defend our vital national-security interests while balancing the need to secure the airspace, protect civil rights and civil liberties, and advance commercial innovation.

To ensure we can protect the public, our communications infrastructure, and our skies, this comprehensive plan to address the rising drone threat was developed by subject-matter experts across the federal enterprise—from security and operating agencies like the Departments of Homeland Security, Justice, Defense, Energy, and State, to regulatory and safety entities like the Federal Aviation Administration and Federal Communications Commission, among others. We have already launched some key elements of the plan, including taking steps towards creating lists of “safe equipment” to counter drones without interfering with aviation or communications, sharing research-and-development activities to streamline efforts across the federal government, and establishing a federal training center for training on counter-drone technology.

The federal training center would help federal departments that are authorized to conduct counter-drone activities by developing standardized training curriculum, enabling sharing of best practices, and offering classes on counter-drone techniques and technologies, legal considerations and safeguards for privacy and civil liberties. If Congress agrees to extend authorities to allow state, local, tribal, and territorial, or SLTT, law enforcement agencies to detect and mitigate drone threats, then it could serve as the national training center for them as well.

To make sure this plan is fully translated into action, we need cooperation from Congress. Today’s federal laws were enacted well before the advent of advanced drone and counter-drone technology; they focus on prohibiting, intercepting, and interfering with communications, or damaging an aircraft, among other things. Those outdated laws deny many government agencies, including state, local, tribal, and territorial law enforcement; and critical infrastructure operators the ability to use many drone detection and mitigation technologies.

What this means in practice is that very few federal entities, and no state or local law enforcement, can legally take action to safely intercept and stop harmful or malicious drone activity using many existing counter-drone systems. This leaves most of America exposed in the face of growing risks. For example, DOJ and DHS received legal authority to mitigate and detect drones in 2018, but resource and other limitations mean they have been able to support fewer than one percent of the 121,000 events for which state, local, and federal officials requested a Special Event Assessment Rating. Such events include the Super Bowl, Daytona 500, the Times Square New Year’s Eve celebration, and various Fourth of July fireworks events.

One of the National Action Plan’s eight recommendations is a new legislative proposal we provided to Congress in April that focuses on closing this gap by precisely expanding who and what entities have the legal authority to conduct drone detection and mitigation activities. We are asking Congress to act and are committed to working closely together as quickly as possible to pass a law that can prepare us for meeting the domestic drone challenges of today and tomorrow. We are also committed to ensuring full information-sharing to enable rigorous Congressional oversight.

Our shared goal must be to enable the American people fully benefit from the many affirmative benefits of drones while preventing the misuses of drone technologies that can threaten the lives, livelihoods, safety and security of our communities.

Liz Sherwood-Randall is as the homeland security advisor to President Joe Biden.

IT Careers and Rural Living, by M.J.