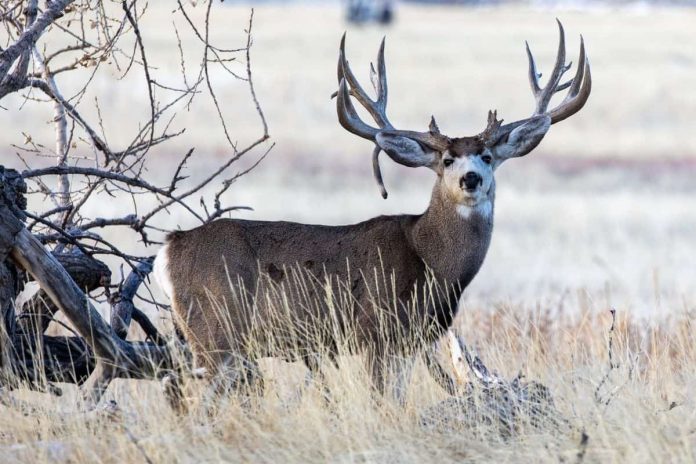 Whether you’re a hunting enthusiast or an animal lover, you may have wondered when deer drop their antlers. After all, antlers are their primary self-defense weapon against predators and rivals, and losing them will certainly put them at a disadvantage.

So, when do deer drop their antlers? In this article, we’ll discuss this question in depth and the factors involved in the process.

How and Why Deers Grow Antlers

Researchers believe that antlers primarily regrow to protect the deer from enemy attacks and increase the chances of breeding. Every animal naturally has a defense mechanism built in their bodies that makes it easier for them to survive in the wild, and for deer, it’s their antlers.

Male deers have two tiny and soft areas on their skull known as pedicles. As they grow, these pedicles give way to little bone masses covered in a velvety wrap known as slubs. These slubs then continue to grow into full-length antlers with age and exposure to sunlight.

When Do Deer Drop Their Antlers?

The phenomenon of deers shedding antlers is perfectly normal. In fact, it’s a yearly norm for this species to shed their old antlers and make room for the new ones. Male deers grow new antlers every year, and with each passing year, they tend to grow larger and heavier. This process is also known as casting and is commonly seen in Mule Deers and Whitetail Deers.

The shedding usually begins during late winter and continues until the end of this season. As the seasons progress from spring to summer, the deer slowly begins to grow the new antlers after healing from the scab.

Although this process is completely natural, a few external factors influence the process of antler shedding.

However, as the winter begins to set in, the reduced exposure to daylight leads to a decrease in their testosterone production, reducing the calcium level holding the antlers to their body.

That’s why deer in captivity tend to lose their antlers faster than wild deer.

Nutrition is another critical factor that determines how frequently a deer sheds its antlers.

If the deer isn’t getting enough nutrition, it’s natural for their antlers to weaken. Just like humans, animal hormone production is also dependent on the nutrition they get. Calcium and protein are crucial for a deer’s heath. Without a proper diet, deer will lose their antlers faster.

Most deer are hunted in their prime, between 5 to 7 years of age. However, if you manage to find an old deer aged 8 or above, you’ll notice that they don’t have strong and grand antlers, unlike their younger counterparts.

Based on a deer age chart, as a deer ages, the antlers keep growing and reach their peak by the time they are 5-7 years old. After that, the growth goes downhill, and the antlers slowly begin to shrink along with the animal’s entire body.

In their final days, the antlers are withered, short, and fragile. During this time, even a tiny deficiency in nutrition can cause them to lose their antlers.

Staying in the wild isn’t easy for any animal, especially during the mating season when deer are in a rut, which basically includes all the behaviors associated with the breeding season. To exert their dominance over other males and win the opportunity to mate with a doe, bucks often get into nasty fights.

Sometimes these fights can become highly aggressive and fierce, causing the weaker competitor to lose its antlers.

Deer also face a substantial threat from animals higher in the food chain. Frequent chasings and battles for their life is a common cause of injuries that can sometimes be severe enough to knock off their antlers.

It’s evident that those beautiful, long antlers don’t grow overnight. The length of the antlers depends on the age of the deer. The antlers begin to grow from the very first year after birth.

They only reach about 10% and 25% of their ultimate length in the first and second years. The strong ones are determined by the concentration of tines. It’s believed that a higher number of tines on the antlers signifies stronger antlers in the later years.

Between the age of 5 to 7 years, the antlers grow to their fullest length. They’re long, sturdy, and have their signature detailed curves and complexities. By this time, their bodies have also matured and are characterized by a deep chest, muscular structure, and a shiny, soft coat.

The antler growth cycle is not only limited to the growing years of a deer. When deer lose their antlers annually and grow new ones, the process follows an entirely different cycle.

Sometimes the deer will scrape off the velvet cover by rubbing it against coarse trees and shrubs. In the process, they also sharpen their antlers for protection and mating season.

When do deer drop their antlers? Deer will begin shedding their antlers in winter before regrowth in the spring and summer. Antler shedding is an entirely natural phenomenon, and the deers aren’t hurt in the process. In fact, it provides a perfect opportunity for hunters with a fascination for deer antlers.

The shedding season allows hunters to collect antlers without having to hurt the animal. It’s a win-win deal with the deer getting to grow stronger antlers and the hunters getting an easy price to hang on the wall.

Raise Your Deer IQ With This Information About Deer

How Does Deer Hunting Help The Environment?

First Year of My “Self-Sufficient” Farm