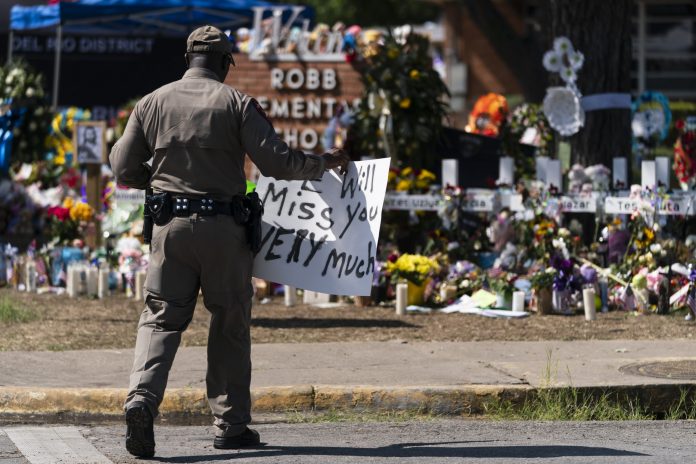 [G]un control policies, even if they could be effective, would be little more than a Band-Aid solution. People don’t shoot each other just because there are guns around. The Uvalde shooter wanted to shoot up a classroom full of children — that’s the real problem.

This, ultimately, is the heart of the debate. Why are so many young men being driven to commit such heinous acts of violence? Why do they always seem to have no one in their lives paying attention to the signs of mental instability and aggression? What is wrong with our systems that they keep failing to identify and help people who are desperately in need of an intervention?

Gun policies are just one part of the debate, and they usually only scratch the surface. But it’s easier to focus on firearms than it is to talk about the other cultural factors at play, which we tend to avoid because they reveal difficult truths about our society and the ways in which it has failed.

Why is it, for example, that 75% of the most recent school shooters, including the 18-year-old in Uvalde, were raised in broken homes without fathers? Indeed, this background is so common among perpetrators that criminologists Michael Gottfredson and Travis Hirschi concluded after the Sandy Hook school shooting that the absence of fathers is one of the “most powerful predictors of crimes.”…

The other obvious cultural factor at play is social isolation. We have created a society in which it is extremely easy to feel alone. Fewer and fewer people are attending church; more than one-third of Americans say they’ve never interacted with their neighbors; and the vast majority of young adults say they spend more time online than they do meeting friends in person.

To make matters worse, we’ve spent the past two years discouraging in-person interaction altogether, locking children and teenagers out of communal environments such as schools, and exacerbating the mental health crisis that many of them were already experiencing.

How to Set Up a Compound Bow for Hunting