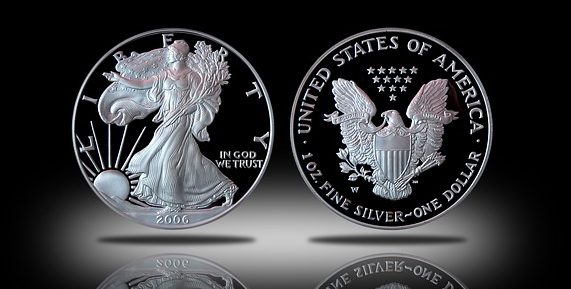 Welcome to SurvivalBlog’s Precious Metals Month in Review, where we take a look at “the month that was” in precious metals. Each month, we cover gold’s performance and the factors that affected gold prices.

What Did Gold Do in May?

May was an extremely volatile month for most assets, and gold was no exception. Inflation fears and Fed reactions (or inaction) to fighting it dominated market sentiment, with investors fleeing stocks and bonds, but moving to cash instead of gold.
Gold started the month by crashing by $48 to $1,863 an ounce. It would see five more extreme daily losses between small rallies to end May at $1,848 an ounce. $1,850 is now seen as a major resistance line.

In May, the inflation news wasn’t that prices were rising, but that 30-year records of inflation were being broken. Consumer prices rose 8.3%, while core CPI rose 6.2%. Real wages dropped 2.6%. Producer prices rose 11%.

Bonds were reflecting inflation fears and Fed inability to do anything about it, with the 10-yr bond yield hitting an intraday high of 3% on the first trading day of May. The high for the month was more than 3.1%.

Personal Consumption expenditures, which the Fed uses for its forecasts, was 6.3% higher, which was actually lower than the previous 6.6%. These gave investors hope that inflation would stop accelerating every month, though even at present it’s far too high.

While inflation showed signs that it was topping out (even though it was at 30-year highs) it was the economic slowdown showing up in corporate earnings and government reports that sent stocks tumbling.

In answer to a question about changes in Fed policy in reaction to extreme market volatility in May, Kansas City Fed president Esther George said that their attention was on inflation, not the market’s reaction to having the easy-money punchbowl taken away.

China continued to wrestle in the grip of a widening economic slowdown, in large part because the government was locking more than 25 million people in their homes in Shanghai to fight the spread of COVID. This shut down factories and shipping ports in the largest export city in the country. The blowback from the slowdown affected economies world-wide, worsening supply shortages and driving up costs on both the wholesale and retail level.

The dollar pushed to a 20-year high in mid-May. This was a result of investors fleeing stocks and even bonds, and parking their money in cash. The inaction of the European Central Bank (ECB) in fighting 40-year high inflation tanked the euro in May, which also lent support to the dollar. A stronger dollar suppresses overseas gold demand, as it takes more of the domestic currency to equal a dollar.

The dominance of the dollar was killed off in late May when ECB officials finally came out in force, supporting pushing the benchmark interest rate from -50 bp to zero by September. The news sent the euro soaring, knocking the dollar down from a 20-year high of 105 on May 13th to below 102. Some ECB officials have gone past LaGarde’s promise of “zero by September” and pushed for positive rates since inflation is out of control.

The DXY dollar index fell below 102 by the end of the month, giving a little tailwind to US inflation pressures.

The Fed is still in the driver’s seat, as far as influencing the economy. They raised rates by 50 bp as expected in their May 4th meeting. The big market reaction was over Fed Chairman Jerome Powell’s press conference afterward, when he pushed back against calls for a 75 bp hike. He flip-flopped two weeks later, saying that the Fed will get more aggressive if needed to slow down inflation.

The Federal Reserve dominated the market’s attention for most of May, until ECB president Christine Lagarde and other ECB board members unveiled a plan to raise interest rates to zero by the end of September, and possibly higher by the end of the year if needed.

This pledge wasn’t enough for some ECB officials, including the heads of the Austrian, Dutch, and Latvian central banks. In a joint statement, they warned that the ECB is losing credibility with investors and the public with its tardiness in addressing the inflation that is crippling the EU. They call for a 50 bp hike in July, which would get rates to zero, then another rate hike in September.

This was necessary, officials said, as sanctions against Russia and record-high natural gas prices were pushing the EU into stagflation.
____________

The Bank of England hiked rates by 25 bp in May, as expected. This boosted gold prices by 2% in Europe. What wasn’t expected was the number of officials that wanted a 50 bp hike. The accompanying warnings of stagflation for the UK sent the British pound to a two-year low, from which it never recovered.

This month’s Central Bank Gold Purchases report covers the month of March. Globally, central banks shed four tons from their gold reserves. Kazakhstan continued to sell its gold, after years of net inflows. A total of 12.1 tons of gold was sold by the Kazakh central bank. Uzbekistan, another recent gold seller, shed 1.2 tons from its reserves.

The big buyer in March was Turkey, purchasing 4.8 tons of gold. India followed, with gold purchases of 2.5 tons. The ECB added 0.9 tons of gold to its reserves, while Ireland bought 0.8 tons.
Gold ETFs.

European gold ETFs saw the largest inflows among global gold ETFs in April, at 25.9 tons. The UK by itself was responsible for more than half that, at 14.2 tons.  Energy shortages due to Russian sanctions and fears that the Ukraine war will lead Russia to attack Poland were among the largest factors in the increase of gold demand in the EU.

American gold ETFs saw the next-highest inflows, at 17.5 tons. In Asia, Indian gold ETFs saw inflows of two tons, but these regional gains were more than wiped out by outflows from Chinese gold ETFs. This sent Asian regional gold ETFs down by one ton.

The “Other” category saw 0.5 tons of inflows, as a gain of 0.7 tons in Australia was moderated by 0.2 tons of outflows from South Africa.

On The Retail Front

The US Mint continues to be hamstrung by the silver shortage, which has decimated American Silver Eagle sales. The Mint has limited ASE sales to 850,000 for the last two months.

While supply quotas have choked off any big numbers for ASEs this year, the US Mint’s gold bullion programs are still going strong. 147,000 ounces of American Gold Eagles of all sizes were sold in May. Adding the 52,000 one oz Gold Buffalo sales, a total of 199,000 oz of legal tender gold bullion was sold this month.
____________
The US Mint saw its best first quarter for investment gold sales since 1999, selling 518,000 ounces of American Gold Eagle and Gold Buffalo bullion coins. Demand in the US and Europe overcame decreased demand in the Middle East and China.
____________
The Q1 2022 Gold Demand Trends from the World Gold Council reveals that global gold demand for the first three months of the year hit 1,234 tons. This was the highest quarterly level of gold demand since the fourth quarter of 2018.  Most of the physical gold demand was driven by inflows into gold ETFs, which totaled 268.8 tons.
____________
The Perth Mint sold more than 2.1 million ounces of silver in April, up 28.5% from March. Gold sales fell, however. The 80,941 ounces of gold sold in April was 33.7% lower than in March. To be fair, March’s gold sales of 121,997 ounces was the third-best month on record for the Perth Mint.

Analysts at Metals Focus expect the silver supply deficit this year to grow to 72 million ounces this year.
___________

Jan Nieuwenhuijs investigates a hot-button subject this month for Gainesville Coins in his article “Is The Russian Ruble Linked To Gold?”
____________

Paul Tudor Jones says that Fed hikes and a slowing economy mean that capital preservation should be the main goal of investors. He says, “Clearly, you don’t want to own bonds and stocks.”
____________

Britons better get into gold before it’s too late. Inflation and an economic slowdown due to high energy prices, Brexit, and the war in Ukraine has rocked the British pound. The pound’s devaluation has led the Bank of America to compare it to an emerging market currency.
____________
The London Bullion Market Association and World Gold Council, two of the largest authorities in the gold market, are cooperating on developing the first global gold ingot ledger to track bars by serial number from refinery to the end customer. This distributed ledger aims to increase transparency and security in the international gold market by establishing a publicly accessible chain of possession for every bar in the global Good Delivery system.
____________
China’s draconian COVID lockdowns of major cities have choked off gold purchases (since the police won’t let people leave their houses). More importantly, it is fanning the flames of popular unrest toward the Chinese Communist Party.

Looking Ahead To Next Month

We’re entering the summer months, which are always a soft time for gold prices. However, with a land war in Europe, economic slowdowns accelerating in the major world economies, and higher energy prices having carry-on effects on prices for everything, who knows what will happen?

This is probably not the typical “Sell in May, go away” situation this year, no matter which asset class we’re looking at.

Those of you lucky enough to get some 2022 American Silver Eagles may want to take a closer look at them. An extreme striking error on some of them has caught the attention of coin collectors.

There are hundreds of coins with this error being discovered, so any premium above the normal price hasn’t been established yet. You might want to set aside any Mint State versions that you may find in your stash, just in case!

Proviso: This column is intended for educational purposes only. It is not intended as investment advice. Past performance does not guarantee future results.

Russia pulls some Wagner forces from Africa for Ukraine: Townsend