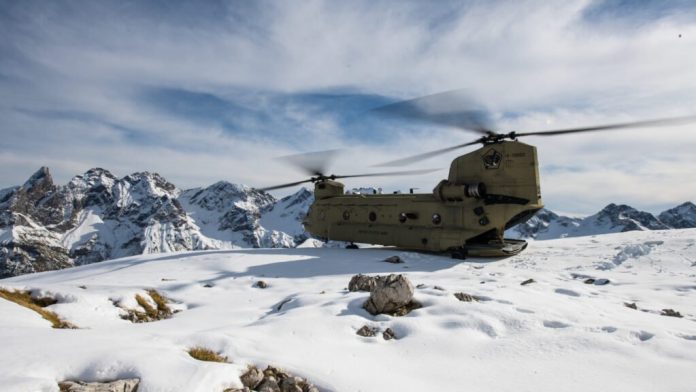 WASHINGTON: The German government announced today that it has chosen the Boeing CH-47F Chinook as its future heavy lift helicopter.

The Chinook beat out Lockheed Martin Sikorsky’s CH-53K heavy lift helicopter for the contract award. Boeing will deliver 60 helicopters under the deal, according to Reuters. The Germany parliament still has to approve to deal.

“Boeing is honored the German government has selected the CH-47F Chinook for its STH heavy-lift helicopter requirements,” Boeing said in a statement. “With the Chinook, Germany will operate the most affordable, proven and NATO interoperable heavy-lift helicopter. We look forward to working with the U.S. and German governments to finalize this sale under the Foreign Military Sales process.”

The German Ministry of Defense canceled the heavy-lift competition in 2020 after Lockheed and Boeing’s proposals were too expensive, according to Defense News. The government later rebooted the competition.

Germany is aiming to replace its aging fleet of Sikorsky CH-53Gs through the new helicopter program, known as Schwerer Transporthubschrauber in Germany.

“With this model we are strengthening our ability to cooperate in Europe. It’s modern, proven & already being used by NATO partners,” the defense ministry tweeted.

“With Chinook’s unique capabilities, air to air refueling, and special note of interoperability with other NATO customers, I think that is the logical choice for Germany as they move forward with their heavy lift aircraft modernization program,” Heather McBryan, Boeing’s director of business development for H-47 and future vertical lift programs at Boeing, told reporters at a conference in April.