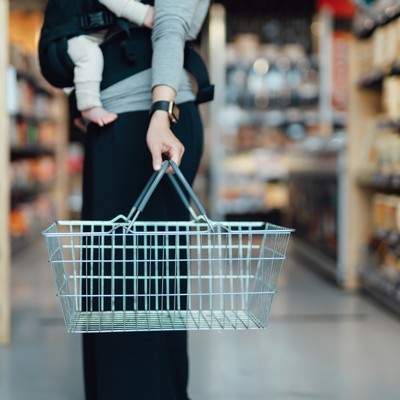 When U.S. troops and their families go hungry, the problem is often related to one or more common experiences of the military lifestyle, such as spouse unemployment or a recent move, according to two new reports.

“I wasn’t totally surprised by these. We’ve heard anecdotally that these were issues, but this now gives us real data that we and others in this space can use to get to the upstream solutions and reach out to people,” said Shannon Razsadin, the president and executive director of the Military Family Advocacy Network, or MFAN, which conducted the research.

The reports, both named “Causal Factors of Military and Veteran Family Food Insecurity,” drew on interviews with several hundred troops, veterans, and spouses in Texas and in Virginia’s Tidewater region, two locations where a 2019 survey had found high levels of food insecurity—higher even than the military-wide average of 1 in 8 families. The researchers sought to understand what led to food insecurity, defined as not having consistent access to enough food for everyone within a household to lead a healthy, active lifestyle.

Spouse unemployment and military moves were listed as separate causal factors, but they are also linked. One report quoted the spouse of an active-duty service member who said they lost their job because of a move, and it took about six months to find another. Families also said they struggled with moving expenses that were slowly or not fully reimbursed.

The Marine Corps’ “Talent Management 2030” document described military moves as “disruptive” to spouse employment as well as hurting retention. Starting this year, the service is working to keep Marines and their families at duty stations for longer periods.

Starting last April, researchers from MFAN and the University of Texas at Austin conducted interviews with 215 people in Texas and 97 from the Tidewater region who had experienced food insecurity in the past year. Families were assessed using the U.S. Department of Agriculture’s food security scale and then asked about their experiences with food insecurity.

Most respondents were white women between the ages of 25 and 40, with the next-most-common racial and ethnic groups being Hispanic and African American. Most respondents were married to active-duty service members and had children. Service members were most likely to be in the Army or Navy and had a rank between E-4 (corporal or petty officer third class) and E-6 (staff sergeant or petty officer first class).

MFAN will release another survey this July that shows “it’s still an issue,” Razsadin said.

“Our goal here really is to put interventions in place so that we can understand when these risk factors are presenting if people might need help around food,” she said.

In the report, the MFAN researchers have four recommendations for both locations: improve eligibility for federal benefits such as food stamps by excluding their basic housing allowance from being calculated as part of their household income; lessen the financial burden on families during military moves by quickly and completely reimbursing costs; flexible job opportunities for spouses and increasing access to affordable childcare ; and reducing stigma.

For Texas, they also recommended promoting awareness of emergency savings and services for families. For Virginia, they recommended increasing troops’ pay to cover rising costs and making sure there is enough rental housing in the area  to meet the demand.

“Now that we’re seeing that [spouse unemployment] is actually a causal factor to food insecurity and the ability to meet this basic need, I think it hopefully reignites and continues to push us forward as it relates to that support,” Razsadin said. “I’m hoping—we’re hopeful that this data in this report will really help us take a policy-related approach to getting at these solutions, but also letting people know that they’re not alone in going through this.”

Razsadin said MFAN officials have briefed the findings to the Defense Department and the White House.

The 2022 NDAA law requires the defense secretary to study food insecurity in the military and submit a report to the Armed Services Committees by Oct. 1.

Something for EveryoneThe Firearm Blog