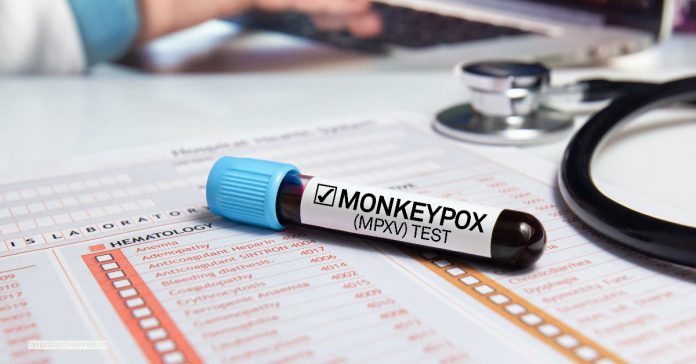 Is monkeypox the next big pandemic? Are you at risk? Is it serious? Here’s a roundup of what we know about the virus that’s all over the mainstream media.

Where did monkeypox start, and where are the current cases?

Monkeypox is not a brand new virus. It was initially discovered in 1958, in – you guessed it – colonies of monkeys. The first confirmed human case of monkeypox is documented as occurring in 1970 in the Democratic Republic of Congo. According to the CDC:

What with global travel, the virus has escaped the continent of Africa, and cases have been diagnosed in countries where it is not endemic as of May 21, 2022, including the United States, Israel, Spain, the UK, Australia, Belgium, Canada, France, Germany, Italy, the Netherlands, Sweden, and Portugal. (source)

According to Harvard University:

Monkeypox is an infection caused by a virus in the same family as smallpox. It causes a similar (though usually less severe) illness and is most common in central and western Africa. It was first discovered in research monkeys more than half a century ago. Certain squirrels and rats found in Africa are among other animals that harbor this virus.

The early symptoms of monkeypox are flu-like and include

The rash that appears a few days later is unique. It often starts on the face and then appears on the palms, arms, legs, and other parts of the body. Some recent cases began with a rash on the genitals. Over a week or two, the rash changes from small, flat spots to tiny blisters (vesicles) similar to chickenpox and then to larger, pus-filled blisters. These can take several weeks to scab over. Once that happens, the person is no longer contagious.

Although the disease is usually mild, complications can include pneumonia, vision loss due to eye infection, and sepsis, a life-threatening infection. (source)

Most of the statistics available for monkeypox are from African countries, where healthcare and nutrition are different than outside of that region.

The case-fatality ratio has varied but has remained between 0 and 10 percent in all registered infections.

“It’s been estimated that the West Africa strain, which the UK cases have, has a mortality rate of about one percent. There is also a strain found in the Congo region which can be fatal in as many as 10 percent of cases, but the UK cases do not have this strain,” Simon Clarke, associate professor in cellular microbiology at the University of Reading, told SMC. (source)

At the time of publication, there have been no deaths from monkeypox outside of Africa.

How is monkeypox transmitted?

There are several websites stating that this is a sexually transmitted disease. It’s really too soon to make that judgment. As per Harvard:

Monkeypox is not considered a sexually transmitted illness (STI) because it can be spread through any physical contact, not just through sexual contact. Some of the recent cases have occurred among men who have sex with men. That pattern hasn’t been reported before. (source)

The reason this may currently be the case is that “superspreader” events took place in Europe that are thought to be the basis for the spread of this virus.

Spanish health authorities believe that a string of new monkeypox cases is linked to a gay sauna near Madrid and a Pride event in the Canary Islands that drew tens of thousands of people.

…Elsewhere in Europe, an outbreak of monkeypox in Belgium has been connected to visitors at the Darklands fetish festival in early May, PinkNews reports.

At least three cases have been linked to the festival, according to the organizers.

“There’s reason to assume that the virus has been brought in by visitors from abroad to the festival after recent cases in other countries,” they said in a statement. (source)

Beware of generalizing this or any other disease as “only” affecting those with different lifestyles. People said the same thing about other viruses, which later became widespread outside the original community.

Suffice it to say, this virus is spread by close, personal contact of all kinds.

(Looking for more information on emergency evacuations? Check out our free QUICKSTART Guide.)

Is there a vaccine for monkeypox?

Unsurprisingly, there are already vaccines for this illness. First is the regular smallpox vaccine. Since the two viruses are of the same family, this vaccine is said to be 85% effective in preventing infection. ACAM200 is a live virus, and the recently vaccinated must take care to prevent infecting others.

A newer vaccine is JYNNEOSTM, also known as Imvamune or Imvanex. This vaccine is specifically for monkeypox.

JYNNEOSTM is administered as a live virus that is non-replicating. It is administered as two subcutaneous injections four weeks apart. There is no visible “take” and, as a result, no risk for spread to other parts of the body or other people. People who receive JYNNEOS TM are not considered vaccinated until they receive both doses of the vaccine. (source)

The CDC reports that these vaccines can be preventative even up to 4 days after infection. The ACAM200 vaccine is introduced by scarification.

Smallpox vaccine is administered by puncturing the skin multiple times with a bifurcated needle containing a small quantity of vaccine. A small papule develops after 3 to 5 days, following the virus replication in the dermis. The papule evolves into a vesicular and pustular stage over 8 to 10 days.17 There is typically an indurated area surrounding the central lesion. This is followed by scab formation with the development of a residual scar. The process of vesiculation and pustule formation defines a ‘take’ of the vaccine. The take is considered equivocal if a pustule, ulcer, or scab, does not develop at the vaccine site; revaccination is recommended in this situation.17 Skin reactions following revaccination tend to be milder and have an accelerated course. (source)

Once smallpox was deemed to be eradicated, the smallpox vaccine was no longer required.

Risks of the smallpox vaccine

The smallpox vaccine was discontinued as a regular part of the vaccine schedule in 1972. The CDC lists the following risk factors:

There are side effects and risks related to the smallpox vaccine. Most people have normal, usually mild reactions such as a sore arm, fever, and body aches. However, some people may have reactions ranging from serious to life-threatening.

You are more likely to have serious side effects if you:

According to the Children’s Hospital of Philadelphia, the smallpox vaccine was discontinued because the risks of the vaccine were higher than the risk of becoming infected with smallpox.

Although this disease is deadly, no cases occur anywhere in the world, so the risk today is zero. Because there is no risk of disease, this is a situation in which the use of a vaccine does NOT outweigh the risks of disease.

What about vaccinia virus?

There is some risk that those inoculated against smallpox can transmit illness to their close contacts. This hasn’t been studied since the 1960s. As per the NCBI:

Most cases of contact vaccinia occur through direct person-to-person transfer of virus.30 Frequent hand washing and proper maintenance of an occlusive dressing over the vaccination site may reduce the likelihood of viral transmission.30 Aerosol transmission of vaccinia virus from a vaccinee to a contact has never been definitively documented.30 Nosocomial and fomite transmission of vaccinia are rare but have been reported. (source)

How worried should we be?

The media is fueling hysteria about monkeypox, and because of that, more than the virus itself, we should be somewhat concerned. As Covid-19 begins to be treated more like the seasonal flu than a deadly pandemic, we must look at the effects that virus had on our society. Before it became widespread, Selco wrote an article about how we should worry more about the system than the virus, and he was absolutely correct.

Since the pandemic began, we have seen some of the following adverse effects on our society and our economy, which, in my opinion, can be directly traced to the response to the virus:

It would be a mistake to underestimate the zeal with which those in power would attempt to regain control in the name of “public health” in the future after the last pandemic crushed citizens so thoroughly.

Because monkeypox is visually disturbing, covering victims with sores and lesions, it would be a lot easier to push the fear factor than it was with Covid, a far less physically visible illness. But keep in mind that there are very, very, very few cases outside of Africa at this time, and while it’s spreading, it isn’t spreading quickly.

I’m far more concerned about future power grabs than I am about this currently hard-to-transmit virus. While you should never completely disregard an illness in the smallpox family, this is not our first rodeo. Just keep in mind the lessons you’ve learned over the past two years about just how far our government and many others will go to push a narrative of fear, and be prepared for even more media manipulation. Be prepared for even more shortages and societal issues to be blamed on or caused by this new “pandemic.”

What do you think?

Daisy is the best-selling author of 5 traditionally published books, 12 self-published books, and runs a small digital publishing company with PDF guides, printables, and courses at Self Reliance and Survival.com. You can find her on Facebook, Pinterest, Gab, MeWe, Parler, Instagram, and Twitter.