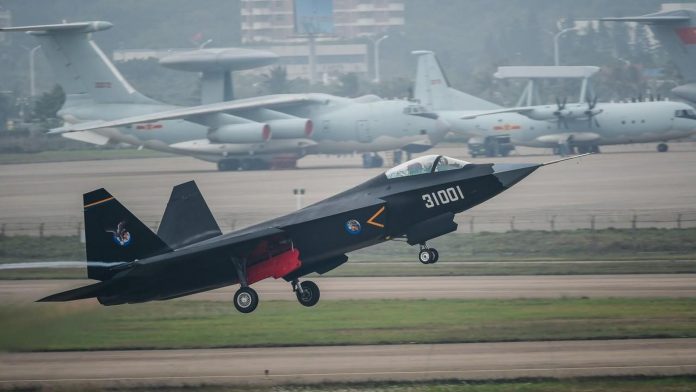 Canada’s military has accused Chinese air force pilots of unprofessional and risky behavior during their recent encounters in international airspace.

The Canadian aircraft involved were deployed in Japan as part of a multinational effort to enforce United Nations sanctions against North Korea, which has faced international penalties over its nuclear weapons and ballistic missiles program.

“These interactions are unprofessional and/or put the safety of the (Royal Canadian Air Force) personnel at risk.”

In some instances, the Canadian crew had to quickly modify their flight path to “avoid a potential collision with the intercepting aircraft,” the statement read.

At times, Chinese planes tried to divert Canadian aircraft from their flight path and flew so close that the crew was “very clearly visible,” the statement read.

The statement said such interactions in international airspace during UN-sanctioned missions were becoming more frequent, adding that “these occurrences have also been addressed through diplomatic channels.”

US intelligence has said that North Korea appears to be preparing its first nuclear test since 2017.

The United States on Thursday forced a vote at the UN Security Council on toughening sanctions after North Korea carried out a series of rocket launches including, according to US and South Korean officials, of an intercontinental ballistic missile.

The United States said the test was a brazen violation of a unanimous UN resolution in 2017 that warned of further consequences for tests of long-range missiles or nuclear weapons.

But China, North Korea’s main ally, and Russia, whose relations with the West have deteriorated sharply over its Ukraine invasion, both vetoed the resolution, saying that new sanctions would be counterproductive and raise tensions.

In June 2019, two Canadian naval vessels were “buzzed” by Chinese fighter jets when they sailed through the East China Sea.

The ships had been shadowed by several Chinese vessels and aircraft as they transited through the maritime region.