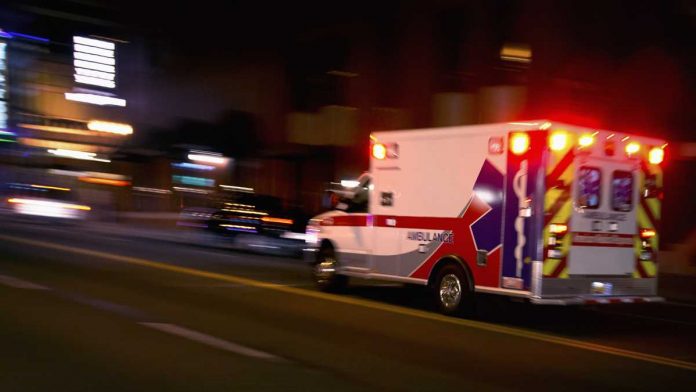 First, let me say that these are my observations based on my experience the past two years. When the “pandemic” hit, the people I knew in the Healthcare industry seemed to overreact to the perceived threat. Some of those people were doctors and nurses. Most had no desire to see an alternative point of view and stuck to the “party line” of wherever they worked. They were adamant and strident in their points of view and communication. There was an air of superiority and certainly a total lack of recognizing that the patient was a customer – someone whose stated needs were often ignored as the party line was pushed. During that time period, I was not seen in person by my doctors, although my prescriptions were refilled. I was able to get blood drawn at the local hospital lab and view those results online. The doctors communicated via e-mail.

I was very sick once during that time and was unable to see my doctor due to lack of healthcare workers. I was told my only choice was to mask up, drive to an Emergency room and sit inside my car (it was winter in snow country) to wait for a healthcare worker to come out to the parking lot and “assess” my condition before I was allowed into the Emergency Room. I decided to gut that illness out on my own. It took a couple of weeks, but home remedies did the job and I recovered. That was an eye-opening experience for me.

When I moved across the country, from one “red state” to another, a state known for it’s great healthcare, I was similarly disappointed. Now, mind you, I have “Cadillac” health insurance that I pay dearly for. I’ve never had a problem getting a doctor’s appointment with whomever I thought would be a good fit for me. I’ve never had problems getting prescriptions filled, and have now weaned myself off of the one I was still taking. The story goes, that I got an appointment with the local, small town, family medical center for the purposes of establishing a “primary care” physician, even though my insurance doesn’t require it. The woman was young and seemed nice, but again, she had no desire to listen to me and give me what I needed. She pushed their protocols and provided referrals to two specialists, one of whom would later refuse to see me.

For months, no exaggeration, I tried to get an appointment with a similar specialist and everyone I called within a several-hour drive stated that they would not give me an appointment without a referral from my “primary care” physician. For months, again, no exaggeration, I called and left messages for my supposedly “primary care” physician, requesting referrals for doctors I wanted to see. Not only were phone calls not returned, months later I was told that the exasperated young doctor wanted me to make another appointment to discuss my concerns. I gave up. There was one thing I think that doctor could have done for me, and that is refill my prescription. Several calls, no response, no refills. I decided to wean myself off that asthma medication. I rationalized that I had a couple of emergency inhalers if it came to that. I have an herbal tea blend that I drink copious amounts of that are purported to help the lungs. From my point of view, the tea is working.

I honestly did not understand what was going on. It finally dawned on me, 8 months later, what was going on. And since then, I have decided that Healthcare as I’d known it no longer existed. I had read stories about people being dropped by their doctors for not complying with the hospital or medical group’s protocols. Heart patients!! People waiting for organ transplants!! Cancer patients!! You name it, if you didn’t go along with their program, they took no responsibility for your lack of care. One of my daughters tried to help me get in to see other doctors, and for each one we called, we were told it was at least a six-month wait, and they could care less what kind of insurance I carried.

Now, in review, when the Affordable Care Act (ACA) was signed into law, a lot of long-time doctors retired. I remember reading that the Act would lead to healthcare rationing, lack of care, and unintended consequences including death of the very sick, disabled, and elderly. I was still able to get what I needed, even though the cost of healthcare skyrocketed as a result of the philosophy behind the Act. And that philosophy was something like “if you’ve got money, it is incumbent upon you to not only pay for your own health insurance, but kick down for the less fortunate’s health insurance”. Basically, it was an additional way, on top of already high income taxes, to fund healthcare for the “poor”. I knew for a fact that most physicians and hospitals already provided healthcare for free, or at reduced prices, for the unfortunate. Additionally, Medicare and Medicaid were also providing healthcare for the less fortunate via our tax dollars. Those systems were already in place. In my mind, it was just another way to “redistribute the wealth”, a decidedly socialist philosophy. Socialism, and/or Communism, closely related philosophies, always lead to death and destruction. Because… in those political systems, someone else decides what is best for you, not you.

Someone, somewhere, has decided that I don’t get to see the doctors I want to see, even though I’m paying through the nose for healthcare insurance I can’t use. At this moment in time, the only doctor I can get in to see once a year is an Oncologist. I get labs done, which gives the information needed, to track the status of the cancer. I’m sure if I broke a leg, maybe, the paramedics would take me to a local hospital, maybe. I have lost faith in the healthcare system. In my opinion, the entire system has collapsed. Going outside the system seems to be the best way to get care.

However, I’m not going to roll over and play dead. I’m going to figure out how to help and treat any illnesses I have as holistically as possible without the benefit of pharmaceuticals and the supposed experts. If the “experts” can and will deny care, then they don’t deserve my business. That’s the American way, and for me, it will continue to be. And as Greta has stated, “How dare you!” I am of a mind to cancel my expensive healthcare insurance, but I know that last time I had chemotherapy, the inflated bill was $350,000 and I paid very little of that. The drug used in chemotherapy is one that has been around for a very long time and costs precious little to administer, so the bill was grossly inflated. I consider my monthly payments as going towards any future chemotherapies – that’s how I’m rationalizing it at this time.

My goal is to avoid getting hurt, and to live as healthy as is possible, treating myself holistically, so that I don’t need the system anymore. Additionally, I will seek out the various associations of doctors that are springing up who operate outside the system. I consider this a good thing and I’m no longer lamenting or angry about the collapse of healthcare as we know it.

I have heard many stories of people who were able to go off thyroid, diabetes, and cholesterol medications by changing their diet. This may not work for everyone, but it’s worth studying. Outside of the above, I would say vote for medical freedom. And if voting doesn’t work, develop those relationships that are outside of the normal system. Work continually on developing and supporting a “parallel society” where we retain our freedom of choice over our lives.

As a Christian, I believe that God decides when it’s time for me to go Home. In the meantime, I will reject the pitiful system that has become our Healthcare system. If enough of us reject it, there will be change, but it may not come in my lifetime. I can teach my children and grandchildren to not settle, and not be deterred. I can live my best life now and not cry over spilt milk. I can refuse to spend my time being angry and laying blame. I can refuse the beast system that is coming, according to my Bible. I can be in the Word of God to direct my steps.

Colossians 2:8 “See to it that no one takes you captive by philosophy and empty deceit, according to human tradition, according to the elemental spirits of the world, and not according to Christ.”

Hebrews 10:23 “Let us hold fast the profession of our faith without wavering; (for he is faithful that promised;)”

There is hope, but it’s not in this world. Understanding that can provide tremendous peace.