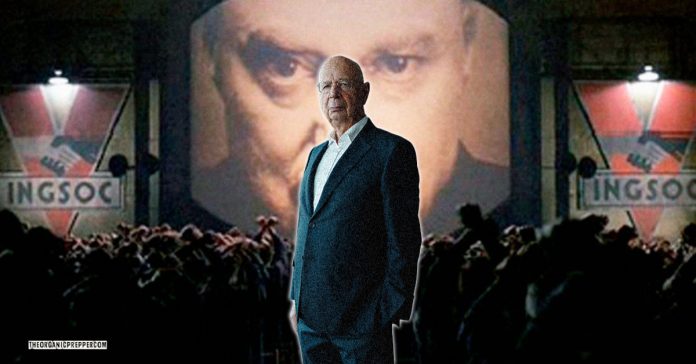 Readers, this piece will cover information pertaining to the annual World Economic Forum (WEF) Summit, that took place this year in Davos, Switzerland from May 22 to 26. There were dozens of subjects addressed by the political and economic entities and individuals that shape the world economy. Due to the pandemic, this was the first one that was held in-person for two years.

Several thousand attended, and it was more than simply a gathering of tycoons of business and industry, and their political counterparts (i.e., “elected” officials). In attendance were “prominents” and leaders from the media, art, and academic establishments. This was their stated theme:

History at a turning point: Government policies and business strategies

At first glance, there is nothing of substance in that theme. If you think about it, you may draw a different conclusion from its simple subtlety. The people who attend these functions are the ones who control our lives, and the economies of the entire world. The statement itself reveals their “mindset.” They see themselves as visionaries and statesmen, shepherding the (undeserving) populations, the teeming billions, into an age of global governance and enlightenment.

They believe it is their mission to create a global government, plain and simple. The chairman of the WEF is Dr. Klaus Schwab, and he believes above all else that all individuality and freedom of expression must be subordinated to the needs and actions of the State. The terms “collective action” and “global responsibility” have been the catch-phrases for their agenda.

Topics covered to advance the agenda were: equal global health care, the restructuring of industry, economic “rebalancing,” society and governance, pandemic measures, and food issues. Climate change, carbon emissions, and “governance” of technology and energy rounded out the topics.

Now, we’ve all been exposed to this rhetoric for so long, that most of us are “deadened” to it, much in the manner of a broken record that always skips at the scratch. Here’s the catch: this is no longer a goblin that shuns the daylight, or a “tinfoil conspiracy theory” hat/platform.  It’s an “in your face” agenda, out in the open. They’re not even trying to hide it.

Global governance, and they mean every aspect of existence for humanity.

Schwab is one of the key drivers and masterminds of this summit.  He wrote a book in 2020, collaborated upon with Thierry Malleret, entitled COVID-19: The Great Reset. Schwab has plainly detailed his goals: to turn the entire world into a gigantic surveillance state, where all people are continuously monitored and controlled. The pandemic is described as a vehicle toward that end, where it has served as an “enabling device” for governments to institute Draconian edicts (lockdowns, travel restrictions, vaccine mandates, etc.) for the purposes of societal “restructuring.”

If you wish to see a true picture of where all of this is heading according to their plans, the movie Elysium with Matt Damon outlines it perfectly. The end result of the Davos plans (in “real” life) will yield a society ruled by an elite of politicians and corporate heads. The masses of subservient humanity will live in a sprawling, overpopulated, impoverished world of polluted megalopolises. A world where everything is under the control of the state, and there is no more freedom, except for those privileged few who rule the others.

Davos (and the WEF summit) is the visible portion of the statist agenda. The lie: that it’s all being conducted with everyone’s approval. The new guise is the newly-developed religion, the false mantra of “global warming,” and the precious mission to “protect the environment.” By convincing people that carbon dioxide is the culprit, they’ve managed to create an army of loyal followers. It’s now “acceptable” to live inside of a Conex, a steel shipping container, to “reduce the carbon footprint.” There are enough articles of this nonsense taking place to fill volumes.

The powers-that-be want a weak, docile, subservient class of minions and workers whose very rights of existence can be taken away, directly or indirectly, on a whim, and according to the person’s rating for credit, for economic usefulness, and for political correctness. The WEF summits place it out there for you to see.

The drivers of these WEF objectives are the hidden governments and societies that are intermeshed, with overlapping interests and objectives. These include (but are not limited to) the Council on Foreign Relations, the Trilateral Commission, the Bilderbergers, and dozens of other groups. These initiates and oathbound societies control every facet of existence, from banking and trade to religious orders and denominations.

Many of the familiar faces among the oligarchs and statists also have think-tanks, nonprofit organizations, and NGO’s (non-governmental organizations) at their disposal. They are thinly-disguised with a veil/title that seems innocuous and harmless at first glance. A prime example of this is the Open Society Initiative by George Soros.

In reality, these organizations (and the money given out by their directors) have a great deal of influence over politicians and elected officials. They are responsible for the policy initiatives that subtly creep into the public arena with the insidiousness of a mold…small and unnoticed at first. Later, you slice into it to find the entire loaf of bread is rotten inside.

Back in 2010, the Rockefeller Foundation released a four-part document entitled “Scenarios for the Future of Technology and International Development.”  The entire current global pandemic, and all of its corresponding governmental actions and measures were outlined.

(Looking for more information on emergency evacuations? Check out our free QUICKSTART Guide.)

There’s nothing new under the sun.

“Community” is the newfound substitution for Communism. Socialism is nothing more than a “soft” form of tyranny that eventually transforms into Communism. The transformation is always accomplished by force. Always.

None Dare Call It Treason, by John Stormer, and None Dare Call It Conspiracy, by Gary Allen are two excellent, older works that have been out for a long time, and they show the underpinnings and events that have led to the disastrous state we find ourselves in today.

The key actions of the WEF are the restructuring of industry (to follow after their climate change initiatives), and the redistribution of wealth. They are committed to the destabilization of traditional values, and they’re accomplishing this by fear-mongering and the manipulation of public beliefs and perceptions through the mass media. Total compliance is what they’re really after, and they have tools at their disposal to make it so.

Laws. Never-ending codes, regulations, statutes, policies, and laws. The opposite of anarchy is not government. The opposite of anarchy is self-control. Government should only serve to guide; it should never slip away from the hands of the people and become a controlling entity unto itself, as it has done in the U.S. It’s obvious that people need a certain number of rules and order to prevent degeneration into barbarism, yes, but these “controllers” want laws that regulate every aspect of our lives.

Look at the “Affordable Care Act,” or Obamacare. It was ruled to be a “tax” by the Supreme Court in the wild debate as the its constitutionality. Recall: Senator Olympia Snow (R, Maine) brought it up on the Senate floor, and they scooted it all through under cover of darkness when it came time to vote on it. As a “tax,” Obamacare never originated in the House, yet that malfeasance of procedure was overlooked, stressing once again that the “golden rule” comes into play:

He who has the gold makes the rules.

In the 1920’s, Paul Warburg (a gigantic statist) said that global governance was inevitable. Governments aren’t elected: they’re purchased. Political offices are either bought, or parceled out by those in higher positions to ensure their own ends are met. When you throw corporations into this, you can rest assured that justice, and the rights of the common citizen will be thrown right out the window.

Lobbyists bribe politicians to influence rulings in their corporate sponsor’s favor, or pay them to institute new legislation that either protects their companies or enables them to operate.  Read Korten’s book, When Corporations Rule the World for some excellent information as to how this process works. The government protects the corporations: they generate huge tax revenues, as well as the bribes and kickbacks handed out to elected officials. The corporations seek shelter under the government’s “wing” for favored status, such as the bailouts of 2008-9, and then the courts solidify it with rulings that squash the citizen while protecting the firms.

To summarize, the Davos Summit of 2022 is the openly-declared objective of the globalists to control every facet of life, while swathing it in a “let’s help out the people and be one big, happy world” presentation.

They’re fanatics, believing it is their solemn duty to “liberate” the uneducated masses and place all of us into a world government for the “betterment” of humanity.

They’re elitists, and if you want proof of their true objective, look no further than the Georgia Guidestones. Once they control the entire herd, then they can cull the herd. It’s all been attempted before, throughout history. With their surveillance grids and technology, we’re just around the corner from having that world-state come into being.

If they have their way, what will come about will not be an “age of enlightenment” or an “age of plenty.” What will emerge is a new Dark Age, an age where no dissension or protest will be tolerated. Part of our preparation is to be aware of their goals. If they succeed, the last embers of liberty will be extinguished, and there’s no telling how long that new age of darkness will be upon us.

Take care of one another, and remember to pray. JJ out!

Do you have anything to add?

Did we leave anything out of our WEF coverage? Is your opinion of the summit different? Share your thoughts in the comments.

Jeremiah Johnson is the nom de plume of a retired Green Beret of the U.S. Army Special Forces.  Mr. Johnson is also a Gunsmith and a Master Herbalist.  He graduated from the Special Forces course at SERE (survival, evasion, resistance, and escape) School, and is an expert in small unit tactics, survival, and disaster-preparedness.  He lives in a cabin in the Rocky Mountains of Western Montana.

Rampant Inflation: 10 Things To Do Before It’s Too Late