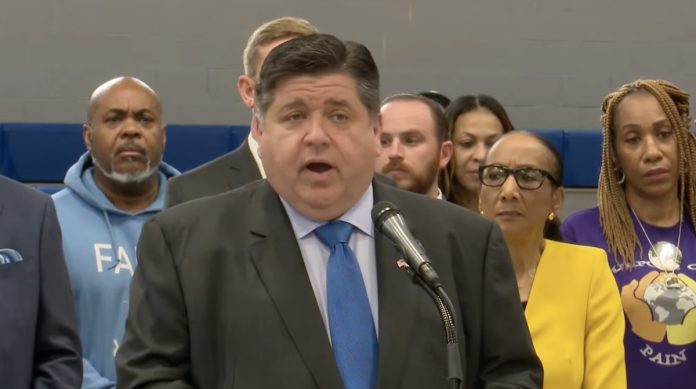 Illinois Gov. JB Pritzker this week signed legislation banning the sale and possession of unserialized firearms, even though the Biden administration has already taken steps to do the same nationwide.

“The people creating, selling, and purchasing these firearms know that they’re working to circumvent common-sense gun laws that ensure guns stay out of the hands of traffickers, abusers, and convicted criminals,” said Governor JB Pritzker in a press release obtained by GunsAmerica.

“We are seeing these unserialized guns being built in basements by those who should never have had access to such dangerous weapons and then used to commit heinous crimes, and it must be stopped to keep Illinoisans safe,” he continued.

The elevated fear over so-called “Ghost Guns” is overblown, according to Erich Pratt, the Senior VP of Gun Owners of America.

“According to the Department of Justice, privately made firearms were found at 692 homicide or attempted homicide crime scenes over a six-year period,” Pratt told GunsAmerica via email.

“That means that, at worst, out of more than 16,000 yearly murders, homemade guns are used in around 115 homicides per year,” he continued. “That’s far fewer murders than many common items which are easily found around one’s house — such as knives (1,476), hammers or blunt objects (397), or fists and feet (600).”

However, proponents for widespread prohibitions on homemade firearms contend those numbers are rising.

“Untraceable guns are a rapidly growing threat to our communities and law enforcement,” said Illinois House Speaker Emanuel “Chris” Welch. “I’m proud to see Illinois become the first state in the Midwest to ban ghost guns, and to keep these weapons out of the hands of dangerous criminals.”

Of course, banning gun parts and kits won’t make dangerous criminals less dangerous.  It also won’t stop them from getting guns.  Between straw purchasers, the black market, friends/relatives, and theft, dangerous criminals and gangsters have plenty of ways to source firearms in places like the Windy City.

Speaking of Chicago, a city that accounts for much of the violence in the Land of Lincoln, there are over 100,000 active gang members, who, depending on the year, are responsible for approximately 40-70 percent of the fatal shootings in the city.

Does anyone really believe that either Biden’s national ban on “ghost guns” or Pritzker’s state ban on “ghost guns” will make any difference at all, especially considering that the Democratic party prefers a soft-on-crime approach that creates a revolving door of justice?

As Alan Gottlieb, the founder of the Second Amendment Foundation, told GunsAmerica via email, “What he should be banning are ‘Ghost Criminals’ who commit gun crimes and are immediacy released with no bail and never show up in court again until they are arrested for committing another violent crime.”

“It is time to demonize violet criminals, not legitimate gun ownership,” he added.

Gottlieb’s correct. They’re putting these gang members back out onto the streets or refusing to charge them in the first place, like the five suspects involved in a fatal mid-morning gunfight back in Oct. that left one dead and two wounded.

Violent crime is getting worse under a Democratic leadership that seeks to disarm law-abiding citizens. The numbers don’t lie.