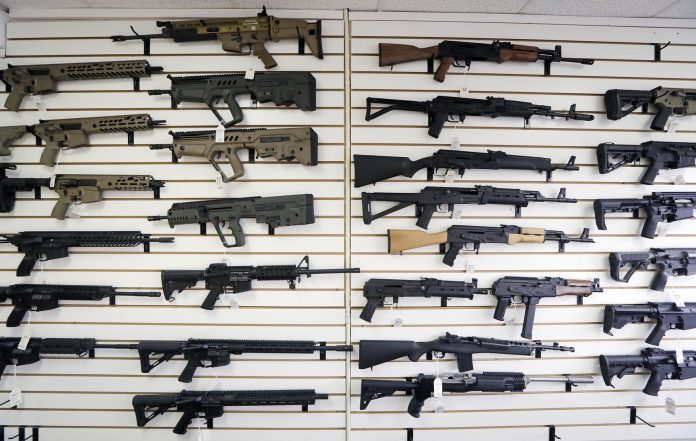 How many Americans own “assault weapons” and “high-capacity magazines”? The short answer is: no one really knows. And given increasing calls to ban them, including by President Joe Biden in his address to the nation last night, that’s probably for the best.

But knowing that ownership of AR-15 style rifles and magazines holding more than 10 rounds of ammunition is widespread can also be an advantage to the cause of gun rights.

Survey researchers tend not to know much about firearms and so haven’t often asked questions that allow us to isolate ownership of particular types of rifles or ammunition magazines.

But in 2021, Georgetown University Professor William English fielded a survey that begins to shed light on this empirical question. English’s National Firearms Survey was conducted by the online survey research firm Centiment and included a representative sample of approximately fifty-four thousand U.S. residents aged 18 and over.

Of the respondents, 16,708 identified themselves as gun owners. This large number of gun owners allows English to analyze the beliefs and behaviors of guns owners in great detail. (We do well to remember that these are very conservative estimates of ownership given the underreporting of gun ownership in surveys, as I discuss in Episode 2 of “Light Over Heat,”.)

Among the unique qualities of English’s National Firearms Survey is that he asked respondents whether they owned AR-15 style rifles or magazines holding more than 10 rounds of ammunition.

English finds that 30.2% of gun owners have owned AR-15 style rifles. This is nearly 25 million people.

English finds that 48% of gun owners have owned magazines that hold more than 10 rounds of ammunition. This is approximately 40 million people.

Beyond simply being interesting empirically, the findings of this National Firearms Survey may be relevant to the legal question any such ban would face as to whether certain firearms are in “common use,” to borrow a term from the 2008 Supreme Court decision in DC v. Heller.

David Yamane is a professor of sociology at Wake Forest University. He is currently completing a book on American gun culture called Gun Curious and has previously discussed the 2021 National Firearms Survey on his YouTube channel “Light Over Heat.” Professor Yamane also runs the Gun Culture 2.0 blog and Twitter account (@gunculture2pt0).

Homelessness. Skunk cabbage can be eaten.