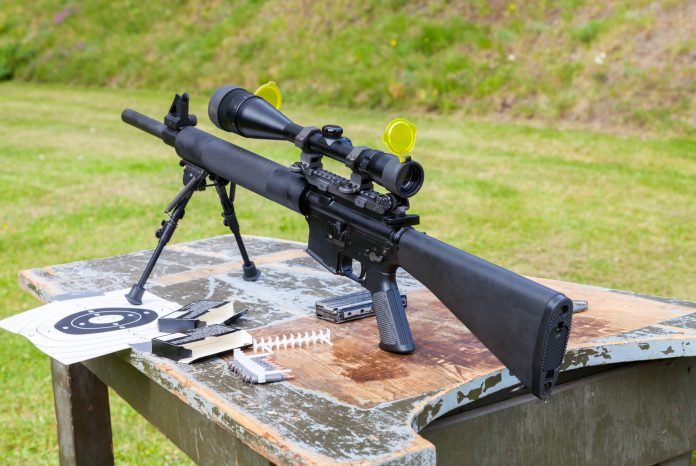 Ryan Petty isn’t among them, though some might expect him to be. Petty’s 14-year-old daughter Alaina was murdered in the Marjorie Stoneman Douglas High School tragedy. Instead of blaming gun owners that follow the law, he’s inviting them and others with a call-to-action of his own: Go to the range, practice and show your support for the Second Amendment.

His efforts are gaining momentum.

Petty is also a federally-licensed gun store owner. He’s calling on all law-abiding Americans and gun owners to head to their local practice shooting range on Saturday, June, 11, for a national Responsible Gun Owners Day. NSSF is supporting Petty’s efforts to practice and teach others about responsible gun ownership. He joined Bearing Arms’ Cam Edwards – who was guest hosting the nationally-syndicated Erick Erickson radio show – to talk about his efforts.

Petty added, “Being a gun owner demands responsibility; becoming and maintaining proficiency with firearms is part of that responsibility. Your neighborhood gun range is the best resource for training and education on firearms proficiency, safety, handling and storage.”

Interested gun owners can participate in #ResponsibleGunOwnersDay anywhere in the country at their local, neighborhood shooting range. Find a range near you at NSSF’s website wheretoshoot.org.

Petty announced his #ResponsibleGunOwnersDay idea, in partnership with NSSF, over social media and the feedback was immediate and positive.

I’m calling for responsible gun owners across America to join me on June 11th for Responsible Gun Owners Day at the Range. I’m partnering with the wonderful folks at the @NSSF to make this a reality.

“This is a cause worth supporting!” tweeted Fox News contributor and retired Marine (ret.) Johnny “Joey” Jones. Jones visited SHOT Show 2022 and spoke about the importance of firearms and what safe ownership and practice meant to him. “The face of the Second Amendment is the face of any American,” Jones said at the time. “This Constitution – the Bill of Rights that we have – they’re for all of us.”

Advocate Dan Roth expanded the call and invited his followers to join him too. “I’ll be heading to a local range on this day. If you are interested in joining me, let me know and we’ll see what we can do. It could be a great opportunity to learn about safe and responsible gun ownership,” he tweeted.

Saturday, June, 11, is coming up fast and all signs show that #RespsonibleGunOwnersDay could be a boon to demonstrate America’s law-abiding gun owners are responsible and looking for more education, training and safety. They’re showing that the answer isn’t more gun control on those who obey the law, but enforcement of the laws to hold criminals responsible.

More than 40 million Americans purchased a firearm between 2020 and 2022. To date, there have been 34 months of at least 1 million firearms sold per month and it’s still going. That number includes roughly 14 million new first-time gun owners. The gun-owning community is now the most diverse it’s ever been – with women and African-American and minority buyers leading the new wave.

President Joe Biden and some in Congress are clamoring to pass more restrictions on law-abiding Americans looking to exercise their Second Amendment rights. Not all lawmakers agree with the proposed bans. U.S. senators are cautiously working on a legislative proposal that would be focused on solving problems instead of pushing political agendas.

While gun control groups stage their rallies and garner the attention of major media networks and talking head TV pundits lauding their “courage,” Petty is urging Americans in communities across the country to head to their local shooting range and demonstrate a different kind of courage – the courage to lawfully own a firearm, stand up for Constitutional rights and to refuse to be a victim.

National Conceal Carry Reciprocity – Be Careful What You Wish For