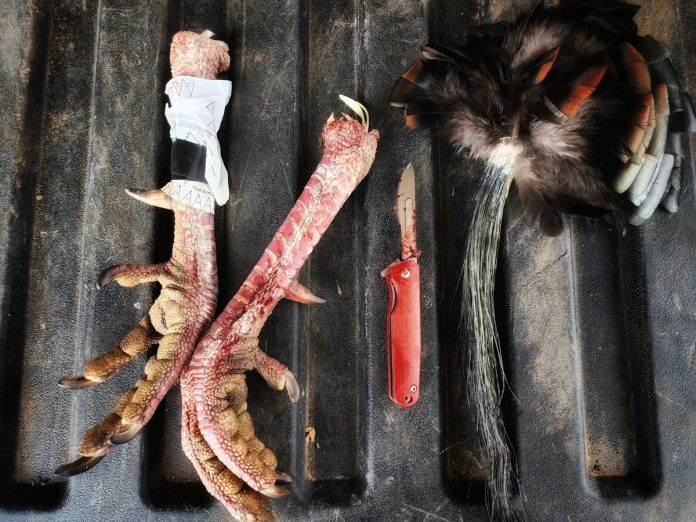 I’ve been a fan of razor blade knives since the first time I used one. I was excited to see that Liberty Game Calls is making one they call the Switchback. Liberty Game Calls is owned and operated by a widow and her children. They guide, hunt, and are an excellent resource for game calls.

First of all, the Switchblade is tiny. It will take up very little room and almost no weight in your pack or pocket. It folds so a case is really unnecessary but it comes with one anyway. If you’re not familiar with this style of knife, it uses replaceable scalpels much like what surgeons use to do intricate surgeries on people. The razor blades that attach to the knife are so sharp that when you cut yourself it hardly hurts! Seriously though, it’s sharper than what I can personally sharpen any other knife I own to, especially in the field. Cutting is much less work due to the knife being so sharp.

Liberty Game Calls claims that you can skin a full deer with one blade. My testing has all occurred after deer season was over but I did field dress and butcher an entire turkey with the Switchblade and it’s still very sharp. I have no doubt that you could skin and field dress an entire deer on one blade.

The blades are easy to remove. I usually find a stick to help remove the old blade and then the new blade pops right in.

Even though the knife is small, due to the sharpness of the blade it’s not uncomfortable to cut with or hold onto.

If you haven’t tried a razor scalpel knife you should give it a try. Even if you only use it for caping and intricate cutting you’ll be grateful you had it. They’ve been game changers for me.