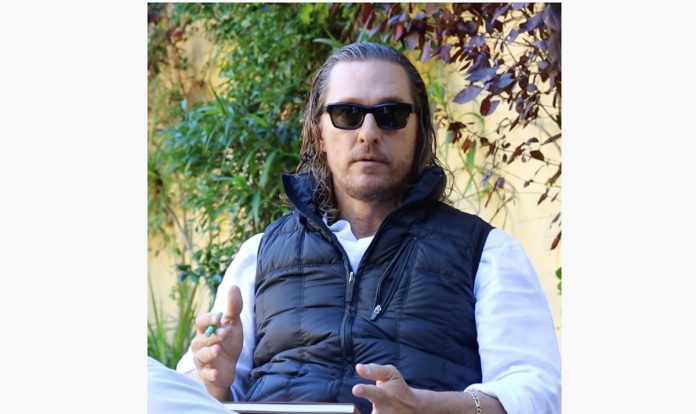 Actor Matthew McConaughey wrote an op-ed on Monday in the Austin American-Statesman advocating for a variety of gun control policies.

McConaughey, who was born in Uvalde, Texas, and currently lives in Austin, argued that there is a balance between protecting 2A rights and keeping guns out of the hands of individuals who are a threat to themselves and others.

“I believe that responsible, law-abiding Americans have a Second Amendment right, enshrined by our founders, to bear arms,” wrote McConaughey.

Matthew McConaughey on what gun control he wants:

“We need background checks, we need to raise the minimum age to purchase an AR-15 to 21, we need a waiting period for those rifles, and red flag laws.” pic.twitter.com/oZKj9bRrOD

“I also believe we have a cultural obligation to take steps toward slowing down the senseless killing of our children. The debate about gun control has delivered nothing but status quo. It’s time we talk about gun responsibility,” he continued.

Here is what the Oscar-winning actor proposed:

McConaughey also said that he supported gun safety training, safe storage proposals, and bolstering school safety. But he said that we cannot solely rely on government and that companies, private organizations, and responsible gun owners have to step up because they all have a “big role to play.”

“I want to be clear. I am not under the illusion that these policies will solve all of our problems, but if responsible solutions can stop some of these tragedies from striking another community without destroying the Second Amendment, they’re worth it,” wrote McConaughey.

McConaughey is a gun owner.  So, it’s rather surprising in his piece that he only spoke about gun control and didn’t talk about the potential for armed citizen responders to make a difference, especially when law enforcement is delayed or fails to intercede in a timely manner.

As GunsAmerica previously reported, there were 61 active shooter incidents last year according to the FBI’s report, “Active Shooter Incidents in the United States in 2021.”  Armed citizens fatally shot four of those perpetrators in the act, saving countless lives.

In fact, last month, authorities hailed the actions of a lawful female gun owner who gunned down an active shooter in Charleston, West Virginia as he started to open fire on a crowded birthday party.  As a result of her brave and decisive actions, no innocent lives were taken.

Unlike the gun control McConaughey’s proposing, we know without a doubt that responsibly armed Americans stop some of these killers each year.  The question is, why aren’t we as a society doing our level best to encourage more patriots to become capably armed responders?

One needs to look no further than Israel to see how a well-armed society deals with the constant threat of violence.

In the wake of a March 2022 terrorist attack in Tel Aviv that left five dead, Israeli Prime Minister Naftali Bennett called on the nation’s gun owners.

“After a period of quiet, there is a violent eruption by those who want to destroy us, those who want to hurt us at any price,” Bennett said.  “What is expected of you, Israeli citizens? Vigilance and responsibility. Whoever has a gun licence, this is the time to carry a gun.”

“We are also currently evaluating a larger framework to involve civilian volunteers who want to help and be of assistance,” he added.

It’s a lesson as old as time but the optimal way to achieve peace is to prepare for war. Why aren’t we developing the same mindset here? Why aren’t we declaring war on active shooters?