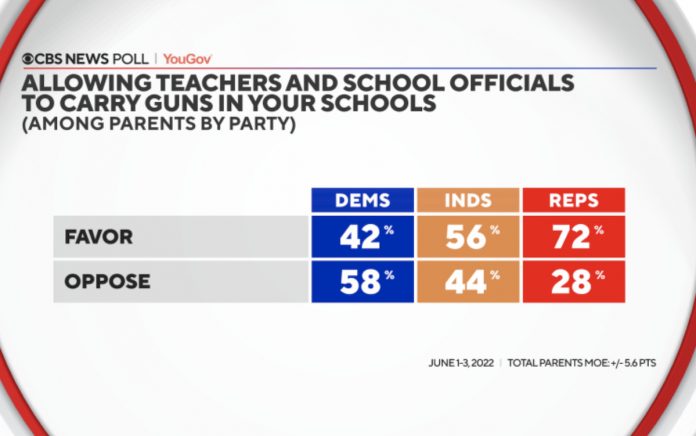 With school shootings being publicized in the media now more than ever, parents and students alike are becoming hysterical.

While mass killings are always a concern, in actuality, they are a statistically rare event. The odds of a child being killed in a school shooting is almost 10 million to 1, the same odds as being struck by lightning, according to criminologist James Alan Fox, who spoke to City-Journal.org in a recent interview.

In reality, the main culprit behind the fear of school shootings is the mainstream media’s nonstop coverage of these events.

The recent school shooting in Uvalde, Texas resulted in the publication of over 6,000 news articles, and it was the top story on multiple news channels across the United States. It has become impossible to turn on the television or look at your phone without seeing coverage of Uvalde.

Journalists and politicians often exploit the children and families affected by these killings, which works to exacerbate concerns and fears amongst the public.

“There is not an epidemic of mass shootings,” said Fox, who teaches at Northeastern University.  “What’s increasing and is out of control is the epidemic of fear.”

Fox has been studying these tragedies for decades and curates the AP/USA Today/Northeastern Mass Killing database.

Fox was critical of journalists who misidentify “mass public shootings” to inflate the numbers. A mass public shooting is correctly defined as an incident where four or more people are killed in a public place (school, church, business). It excludes shootings where another crime is being committed, such as gang violence or a robbery in progress that goes awry.

Journalists and activists tend to use “mass shooting” as a catchall term to describe any incident involving gunfire, regardless of how many victims there were or what the circumstances were, which leads readers and viewers to believe mass public shootings are more common than they are.

In the 1990s, mass shootings in schools were more frequent than they are today, as GunsAmerica previously reported. The main difference is they did not receive the media attention they do now.

Overall, schools in America today are overwhelmingly safe places. Annually, only about 10 children were killed by gunfire at schools over the past decade (including Uvalde) — out of 50 million students nationwide, according to Fox.

“Hundreds of children die every year in drowning accidents,” Fox stated. “We need lifeguards at pools more than armed guards at schools.”

It is undeniable that mass public shootings are frightening, but they are not nearly the threat mainstream media makes them out to be. Needlessly inducing fear and hysteria among parents and young students is not the correct way to combat these rare, but nevertheless tragic events.

How Many Calories Are in an MRE? (Military and Civilian)