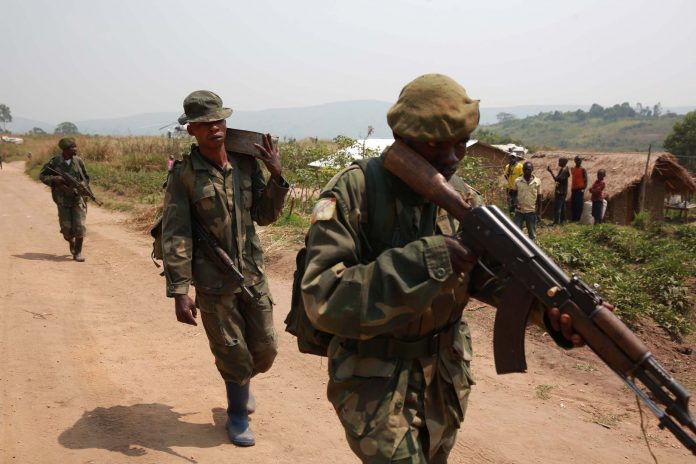 East African army chiefs held discussions Tuesday on establishing a regional military force to restore security in eastern Democratic Republic of Congo, according to a statement.

Meeting in east DRC’s commercial hub of Goma, the heads of the militaries of the East African Community stated that they had discussed the “initial modalities” of such a force, without offering further details.

Much of eastern DRC — a vast nation of 90 million people — is plagued by brutal armed groups and civilian massacres are frequent.

The volatile area is also a geopolitical cauldron, sharing borders with Uganda, Rwanda and Burundi, among others.

Uganda has committed troops to fight the notorious Allied Democratic Forces in eastern DRC, on the Congolese government’s invitation.

But Kinshasa regularly accuses neighbouring Rwanda of backing armed groups in its territory in pursuit of its own aims.

The government charged Rwanda with being behind the recent resurgence of the M23 militia the east, for example, as clashes erupted with the Congolese army last month.

Rwanda has denied the accusation.

On Tuesday, East African Community army chiefs stated that setting up a regional military force would “assist in the restoration of peace and security”.

The force would “help contain and, where necessary, fight the negative forces in eastern DRC”, they said.

Webb: Exercising Your ‘Supposed Legal Rights’ Is Not a Good Enough Reason for Gun Ownership