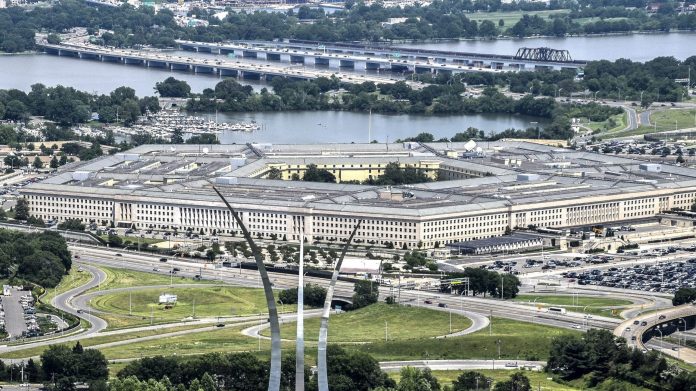 WASHINGTON: The Columbia-class submarine program jumped billions in price, the Air Force’s T-7A trainer has a bird problem, and cyber concerns remain prevalent across the department, according to a newly-released report by the Government Accountability Office.

GAO does not study every single Pentagon weapon system, instead seeking to find a representative segment; it also has something of a time delay, with research having been completed primarily in 2021. Still, the annual report is considered a key overview to provide lawmakers and the public with a sense of how the DoD is spending taxpayer money.

GAO picked 29 Major Defense Acquisition Projects (MDAPs) to study for potential delays. Of those, 17 — over half — reported project delays in the last year; nine had also suffered program delays in the previous year. Among the programs that have faced delays since the last GAO report

In terms of the industrial base, of the 59 programs surveyed on the issue by GAO, 38 reported they were tracking at least one industrial base risk — with more than half reporting multipole risks, and 15 of the programs reporting those industrial base challenges said they contributed to program cost and schedule changes. To better help with tracking the issues, GAO is asking DoD to update its “industrial base assessment instruction to define the circumstances that would constitute a known or projected problem or substantial risk that a necessary industrial capability may be lost.”

The report also features a number of interesting nuggets from various different programs. For instance, the Air Force is concerned about pilot safety if its new T-7A trainer were to hit a bird of a certain side.

“In June 2021, the program began tracking a risk related to protecting the pilot in the event of hitting a 4-pound bird during certain flight conditions,” the GAO found. Specifically, officials told us that the program needs to ensure the aircraft’s windshield will survive the impact of hitting a bird of this size in flight. Mitigating this risk by working to correct the root cause may lead to additional schedule delays, which program officials told us they are willing to accept to ensure pilot safety. Program officials told us that mitigations include minor redesign of the windshield area.”

Cybersecurity concerns are spread throughout the report, with a particularly eye-catching issue with the F-15EX raised by the watchdog.

“The program continues to track a cybersecurity vulnerability risk stemming from the F-15EX design, derived from FMS aircraft and, according to the program, not designed to U.S. Air Force cybersecurity requirements,” the GAO found. “The program office plans to bring subject matter experts together in April 2022 to conduct a tabletop exercise in which they talk through how they would respond to simulated scenarios in identifying vulnerabilities. Subsequently, the program office plans to conduct other cybersecurity assessments, with results from the tabletop exercise determining the scope and dates of these additional assessments.”

And of course, the cost increase on the Columbia-class — the first of which was officially christened the USS District of Columbia over the weekend — may draw the ire of lawmakers.

“The Navy updated its acquisition program baseline in 2021 and its estimated acquisition costs increased by over $3.4 billion since our last assessment,” GAO found. “This increase reflects the August 2020 independent cost estimate for the whole class, expenditures on the supplier base, missile tubes that required costly rework, poor contractor performance during design, and updated construction costs, among other things.

“Program officials stated that Electric Boat, Newport News Shipbuilding, and a missile tube supplier experienced inefficiencies in 2020 due to COVID-19. However, the shipbuilders prioritized Columbia class work over other programs at the shipyards, which minimized additional cost and schedule implications.”

When Are Food Plots for Deer Hunting a Waste of Time?