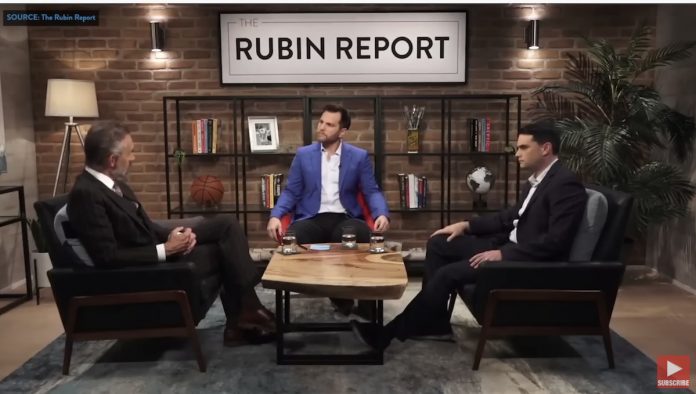 Kudos to Dave Rubin from “The Rubin Report” for putting together this brief PSA on school shooters (see video above).

Rubin’s main point is we as a society need to stop publicizing the names of mass killers.

“One of the main reasons I’m not covering the shooter’s name is because I don’t want these people to have any more notoriety.  I think this is a key thing,” says Rubin.

“This is something that the mainstream media is completely missing and years ago we should have all stopped saying their names,” he argues.

Clinical psychologist Dr. Jordan Peterson, who appeared on “The Rubin Report” a few years ago, and who was featured in the clip, spoke about how notoriety, even if it’s of the negative sort, is one of the forces that compel these killers to attack.

“Think about the people who do heinous crimes, like the school shooters, people like that who do these things that are almost inconceivable.  A huge part of the drive for that fantasies about notoriety and the emergence from obscurity and anonymity,” observed Peterson.

“Even though it’s notorious, it’s hatred, the idea is I’d rather be dead and infamous than alive and anonymous,” he added.

We have to agree to never publicize the names of school shooters and other publicity-seeking mass murderers. This is not a gun or even a “mental health” issue. It’s an issue of malevolent narcissists weaponizing mass media. Stop publishing their names and the problem will end.

Apart from using swift and violent force to take down these determined killers, the best thing we can do as a society to stop the contagion of mass shooters is to give them zero publicity, to not give them the infamy they seek.

“Publicizing the names of these killers is precisely one of the mechanisms that ensure it will continue to happen,” said Dr. Peterson.

An ‘easy button’ for the Army: CIO to launch new $1B cloud migration contract

Hundreds of Blue Catfish Seized from Poachers in LA