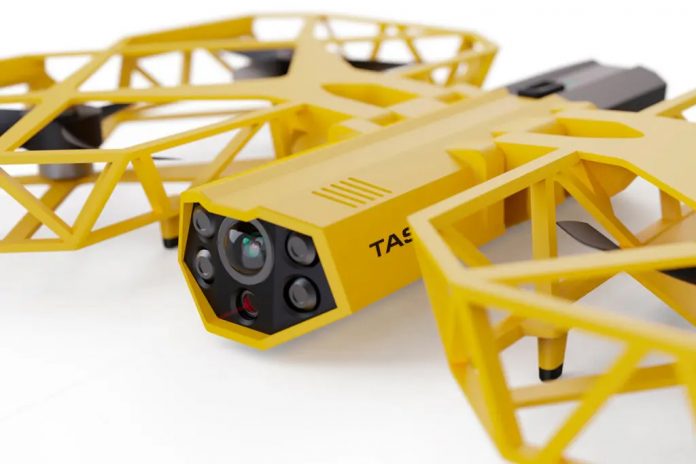 A recent post by Axon CEO Rick Smith  argues that drones armed with less lethal weapons — like, for instance TASERs — could be a good way to protect schools as an alternative to going after gun rights. While I can appreciate where the post is coming from and think emerging technologies could be part of the answer, it’s important to not pretend that we don’t already have good solutions to this problem.

Before I point out some of Smith’s glaring errors, I want to point out that I can appreciate the desire to use technology to navigate around a political impasse. There is certainly political deadlock that prevents any kind of solution to these schools shootings from happening.

We bitter clingers (even if not all of us “ammosexuals” cling to religion) aren’t about to give up our gun rights. Anti-gun Democrats (BIRM) aren’t about to allow most teachers to carry guns to defend students. So, yes, nothing happens after an atrocity like Uvalde because the political system doesn’t consider the many alternative approaches that both sides can live with. Assuming there are any.

But, that doesn’t mean alternative approaches don’t already exist. Or that we’re waiting for a new technology that can break the deadlock. Schools can be secured today, using existing technologies. Take this school in Indiana for example . . .

This particular security system has been available for years, but it’s expensive. The truth is, schools can be secured against intruders for a lot less money using simpler strategies like hardened doors, security films on existing glass, and simply locking outside doors.

Combine those with better lockdown methods (like the red stripe on the floor to guide students to safer hiding places) and a police force that actually responds, and you’d have fewer casualties even without arming anyone in the school.

But most school districts can’t be bothered to do something as simple as lock doors, and many police departments can’t seem to follow well-established protocols and do their jobs during these sorts of emergencies. Without even the basics, no amount of money spent on fancy technologies will help.

In other words, we need to cover the basics (people doing their damned jobs) before we can seriously consider shelling out taxpayer money to buy gadgets like expensive drone gear. A drone sitting on a shelf with a dead battery and/or no one who’s prepared to actually use it would be as useless as the cops in Uvalde were.

Early in his article, Axon’s CEO said this about arming teachers . . .

Police officers struggle to use their weapons in tense situations, and that’s after years of training. To demand that an untrained, armed teacher defend their classroom is simply begging for more more tragic outcomes.

That oft-used talking point both overestimates police training (which is usually very basic) and is patently silly in an article about drones, which require a fair amount of training and experience to safely and legally use. As an FAA certified Part 107 remote pilot (AKA, a drone pilot), I know about what’s involved in deploying drones.

Just to get the license, you need to learn about general drone regulations, how to navigate airspace, how different types of aircraft perform, and some basic concepts for safe operation. To illustrate how complex just one of these topic areas are, lets take a look at an FAA chart:

To pass the FAA drone pilot test, you have to be able to look at this chart and answer specific questions about it. Where can you legally fly a drone? What are the different airspace classes on this map? What are the hazards?

Then there are the challenges of navigating a drone inside a school to go after a shooter.

That’s just one subject area you have to study to pass the FAA test. Does it seem like that’s easier than shooting a pistol?

Schools would have to purchase a drone and a backup (because two is one and one is none when things go wrong), practice flying safely and get good enough with it to navigate areas like school hallways, keep up with drone maintenance and pilot continuing education requirements, make sure there are always batteries charged and ready to go. Screw up one or two of these, and there won’t be a drone available if the worst happens.

Plus, schools will need multiple pilots in every police department or school district, and make sure one is always on shift and ready to fly. You’ll need at least three pilots and hope none of them want to schedule vacation time. And, you’ll need to train them on how to use not just a drone, but one with a taser on it.

Assuming all of this works perfectly (it won’t…it never does), you’ll still run into the problem of a TASER dart not sticking, the bad guy grabbing the drone by the propeller guard or shooting it, and watching in horror as it’s smashed to the ground. Then you’ll still need an armed response ready to go when (not “if”) the expensive drone the school bout with a flaky TASER fails to incapacitate a guy who’s shooting at kids while wearing body armor.

Having been through a law enforcement academy, and having worked as both a firearms instructor and a drone pilot, it’s ludicrous make it sound like deploying a drone with a TASER is going to be easier than training teachers to use a pistol.

And I’m apparently not the only one. Smith apparently made his idea public without consulting the company’s ethics board . . .

Smith told The Associated Press last week he made the idea public in part because he was “catastrophically disappointed” in the response by police who didn’t move in to kill the suspect for more than an hour.

The board issued a rare public rebuke of the project, saying it was a dangerous idea that went far beyond the initial proposal the board had reviewed for a Taser-equipped police drone. It said it had “pleaded with the company to pull back” before the announcement and that many of them believed it was “trading on the tragedy of the Uvalde and Buffalo shootings.”

Smith had rejected that idea in an interview with the AP last week and said he was pressing ahead because he believed the Taser drone could be a viable solution to save lives. He contended the idea needed to be shared as part of the public conversation about school safety and effective ways for police to safely confront attackers.

On Monday, nine members of the ethics board, a group of well-respected experts in technology, policing and privacy, announced resignations, saying they had “lost faith in Axon’s ability to be a responsible partner.”

As a result, nine members of the board resigned and Axon has announced that it’s scrapping its armed drone plans.

There are plenty of far less complex and affordable ways to make schools harder targets to attack without throwing money at expensive, unproven technologies. Just don’t expect anyone in Congress or in most states to give most of them serious consideration.