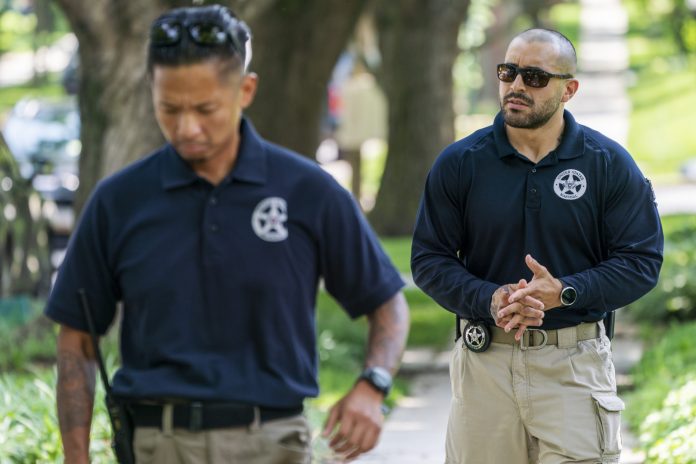 Nicholas John Roske, the armed man who was arrested outside Supreme Court Justice Brett Kavanaugh’s house early this morning, said he’d been thinking about how to give his life purpose. After cogitating on that for an unknown amount of time, he decided that killing Justice Kavanaugh and then himself would accomplish that lofty goal.

Most of the publicity about Roske’s aborted attempt on Kavanaugh’s life has centered on the aspiring assassin’s anger over Justice Alito’s leaked draft opinion in Dobbs v. Jackson that could overturn Roe v. Wade. But that wasn’t the only burr under Roske’s saddle.

The FBI’s probable cause statement has been released detailing the results of their questioning of the California man. You can read it here.

In addition to his attempt to ensure that Roe v. Wade remains the law of the land, Roske is apparently also a big supporter of gun control. It seems he has New York State Rifle & Pistol Association v. Bruen on his list of grievances, too.  As FBI Special Agent Ian Montijo wrote in his affidavit . . .

ROSKE indicated that he believed the Justice that he intended to kill would side with Second Amendment decisions that would loosen gun control laws.

Two federal marshals arrested Roske earlier today as he got out of a cab in front of Kavanaugh’s Chevy Chase, Maryland home. They found that he was carrying a GLOCK 17 handgun, two magazines, ammunition, a “tactical knife,” pepper spray, zip ties, a chest rig, a hammer, a crow bar, duct tape and other assorted gear .

Roske was apparently only too happy to tell the Special Agent what he had planned.

ROSKE further indicated that he had bought the Glock pistol and other items for the purpose of breaking into the Justice’s residence and killing him as well has himself.

So what we have here is a gun control supporter who planned to use a handgun to murder a Supreme Court Justice in order to make sure that gun control laws remain in place.

I wonder if 2020 Schumer cares to comment on this pic.twitter.com/EKIeCcXlLA

Special Agent Montijo thus concluded that there is probable cause to charge Roske with attempted murder of a Supreme Court Justice. Which is against the law.

We’d guess the magazines Roske was packing for his G17 probably exceeded Maryland’s 10-round magazine capacity limit, too, though he hasn’t been charged yet. Then he’ll really be in trouble.

Will Republicans Cut Off Ukraine?