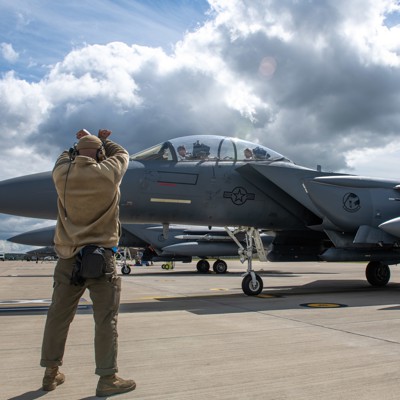 As more bases mourn aircrews lost in a new spate of crashes, there’s no one among the Pentagon’s top leaders assigned to help lower-level safety officials prevent the next accident.

That gap was a key finding in a 2020 report by the National Commission on Military Aviation Safety, which found that since 2013, aviation accidents had killed 224 pilots and crew, destroyed 186 aircraft, and cost the military $11.6 billion.

When the commission’s investigation came out 19 months ago, it said pilots, crews and maintainers told them the crashes were happening because they weren’t getting enough training flights and couldn’t get spare parts to keep planes flying. The loss of competency has a snowball effect; less experienced instructors teach the next generation of pilots and maintainers.

In its work to prevent future crashes, the commission issued dozens of recommendations. Chief among those was that the Pentagon should make aviation safety a top priority by elevating accident reporting and safety oversight. This would be accomplished by creating a joint safety council to be led by the deputy defense secretary, the Pentagon’s second-highest ranking civilian.

Though Pentagon leaders concurred with the recommendations, the council has not been established yet.

Heritage Foundation senior defense fellow John Venable said crashes are going to keep happening unless the Pentagon enacts the commission’s recommendation to establish a high-level Joint Safety Council—and unless Congress set a required minimum number of training flight hours, so that training can’t be cut when budgets need to be stretched.

With a 2022 budget of $770 billion, how can the Pentagon lack funds for spare parts and flight hours? Part of the reason is that the money always arrives late. For at least 14 of the last 20 years Congress hasn’t passed a budget on time. Flight hours get cut and maintenance gets deferred as commanders meter out funds so they don’t run out of money.

Planes are going up with substandard parts. “A junior Marine told the Commission that his unit was reusing expendable $5 filters on aircraft. The unit, he explained, still had missions to do even if there was no money to purchase new filters,” the commission reported.

And aviators’ skills atrophy without sufficient flight time, Venable said. “When you get an airplane that has dozens and dozens of switches, but hundreds of options for those switches inside of each cockpit, and you ask them to fly once a week in order to maintain some level of competency, you just can’t do it,” he said.

Even when a budget gets passed and there’s an influx of money, the damage is already done. Pilots, who can’t get back the lost training hours, assume more risk the next time they do fly. A Heritage Foundation analysis found that average monthly flight hours for Air Force fighter jets had plummeted 39 percent from 2017 to 2020. In certain airframes it was worse, according to Air Force data obtained by Heritage. F-15E Strike Eagle pilots, for example, flew an average of 19.1 hours a month in 2017, but just 6.6 hours a month in 2020.

“Flying, like surgery, and other highly technical professions, is a perishable skill that needs routine practice to maintain proficiency,” the commissioners said. “When a unit’s funding is restored in the last part of the fiscal year, it simply cannot make up for lost training and deferred maintenance.” 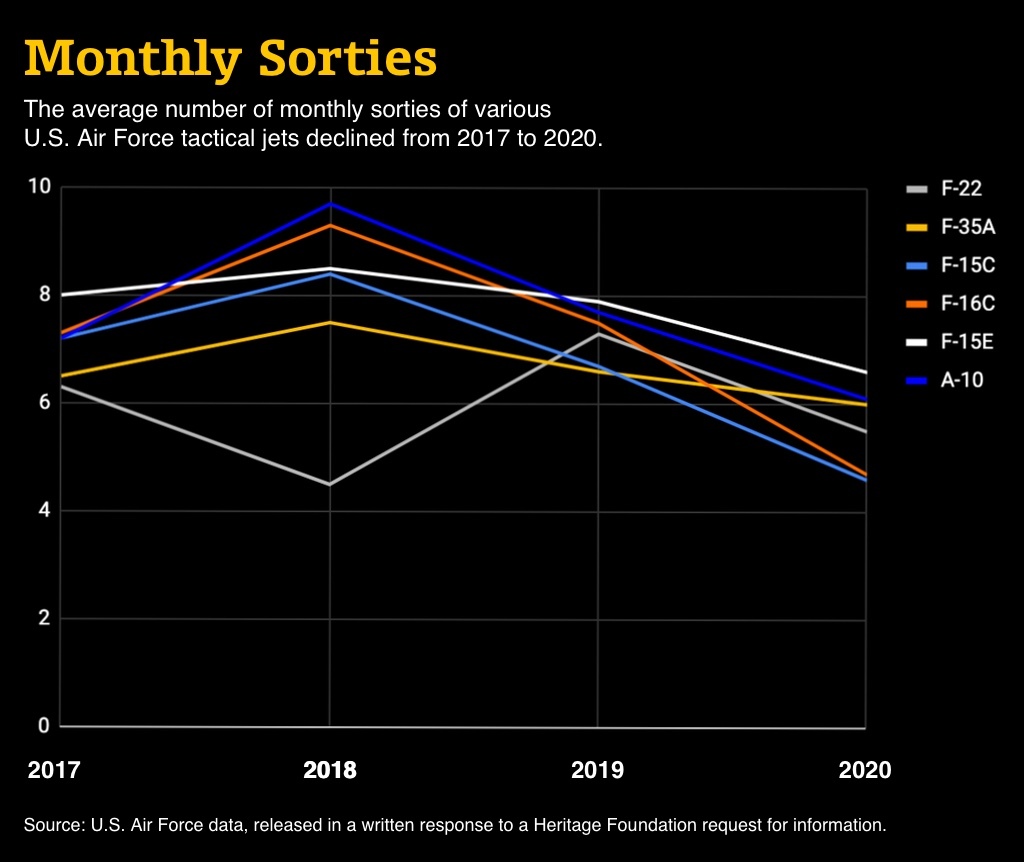 Lawmakers did, however, order Pentagon leaders to establish the Joint Safety Council. That order became law in December 2021 through section 372 of the 2022 National Defense Authorization Act.

A defense official told Defense One that the Pentagon’s office of personnel and readiness has accepted the commission’s recommendations and has been working on responses.

The commissioners said that elevating aviation safety to the highest level is the best way to ensure it remains a priority. They cited a previous 2003 defense safety oversight council that had been chartered to prevent accidents—but “lost its top-level support, resulting in diminished stature and impact”—and did not hold a meeting from fiscal year 2010 through July 2018.

This week, the House Armed Services Committee inserted language into the 2023 defense authorization bill that will require Deputy Defense Secretary Kathleen Hicks to report annually to them on what the council has accomplished.

In practical terms, a high-level central office should ensure that every military mishap—the Pentagon’s word for “accident”—gets reported and reported in a standard way. This in turn should help analysts spot dangerous trends. The commission said that its own investigation had been hampered because the military branches reported crash data in so many different ways.

The commission was established by Congress in 2018 following a similar string of fatal accidents; its 2020 report and website of their work has since been taken offline, but their report remains in print form and online elsewhere.

“Without empowered leadership focused on aviation safety at a high level within the department, aviation safety will never get the consistent emphasis and resourcing it needs to make saving lives and protecting investments in personnel and equipment a priority,” the commission said.

What’s in the Rest of My Bags and Why, by DD in Arizona