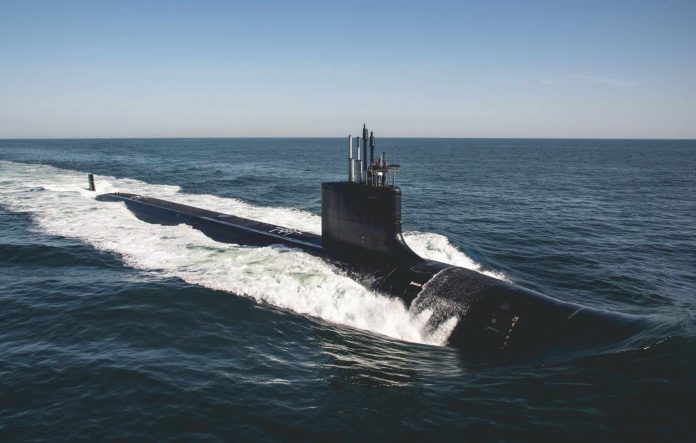 Australia’s government lashed out at “loose” comments by the former defence minister Thursday, after he revealed sensitive plans to buy US nuclear-powered submarines over their British rivals.

Peter Dutton, who left office as defence minister a few weeks ago after his conservative coalition lost elections, disclosed his previously secret plans to choose the US Virginia-class submarines.

The multibillion-dollar project is the centerpiece of Australian efforts to toughen its defences in the face of a more belligerent China under President Xi Jinping.

The comments by Dutton, who is now opposition leader, were “damaging to Australia’s national interest”, said the new defence minister and deputy prime minister, Richard Marles.

“The government has made no decision on the preferred submarine. All options are on the table,” he said in a statement sent to AFP.

The choice of contractor — Britain or the United States — will have a significant economic impact and would closely enmesh the Australian navy with that of the chosen nation.

Dutton wrote in The Australian that he had planned to buy two Virginia-class submarines from the United States by 2030 and build another eight to bring the total fleet strength to 10.

He said it became “obvious” to him as defence minister that the US submarines were a better choice, in an article apparently aimed at pushing the new government into following his plan.

Australia’s former government had agreed to acquire either US or British nuclear-powered but conventionally armed submarines as part of a three-way defence alliance known as AUKUS sealed last September.

Australia is conducting an 18-month study of its nuclear-powered submarine options as part of the AUKUS deal.

“The comments are loose and undermine the AUKUS agreement,” he said.

The cost of building even a smaller fleet of eight submarines — Australia’s original plan — has been estimated by the Australian Strategic Policy Institute think-tank to be Aus$70 billion (US$50 billion) at an “absolute minimum”, before accounting for inflation.

‘Very unusual’
“Clearly these were confidential discussions that he had with the Americans which he was not prepared to disclose while he was in office, and yet he did so afterwards,” said Sam Roggeveen, director of the Lowy Institute’s international security program.

The US submarines were capable of launching missiles vertically and were based on a “mature design”, Dutton wrote.

The British Astute-class option, however, involved a new design with “inevitable” cost blowouts and design faults, he said.

Dutton said nuclear-powered submarines are needed to compete with China because they are stealthier than Australia’s diesel-electric vessels, with no need to surface to recharge batteries.

To avoid a gap in replacing Australia’s ageing fleet of six Collins-class submarines, Dutton said he had planned to directly buy two of the US submarines “this decade”.

Under the plan, another eight of the US submarines would be built in South Australia, Dutton said.

This would avoid waiting until 2038 for the first US-designed submarines to be built in Australia, he said.

To “honor and respect” the British side, Dutton said he would have ordered more Hunter-class frigates or other defence material from Britain.

Dutton said he feared the new government was “on the cusp of making a very dangerous decision” such as building a new class of diesel-electric submarines.

Australia’s decision last year to buy US or British nuclear-powered submarines led to the scrapping of a multibillion-dollar submarine deal with France, infuriating Paris, which said it had been kept in the dark about the negotiations.

The Best Fly Fishing Combos for Beginners of 2022