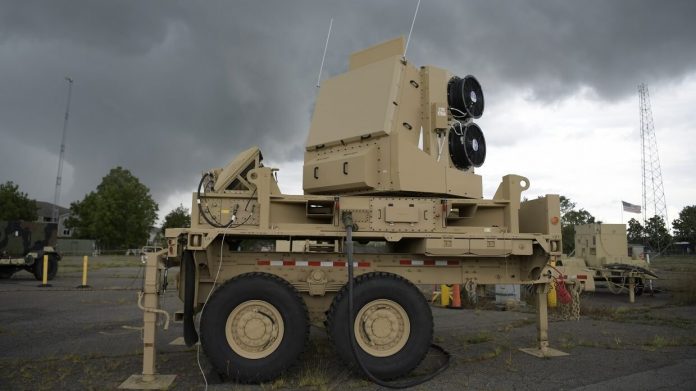 WASHINGTON: The Army will soon kick off developmental testing of its new Sentinel A4 radar after contractor Lockheed Martin delivered the first five to the service’s program office late last month.

Lockheed Martin’s revealed Wednesday that it had delivered the first batch of radars to the Army, a significant milestone for the air and missile defense radar program the Army considers to be a “key enabler” of the Army’s core modernization effort. The radars were delivered May 26.

“We are one step closer to getting this enhanced capability to our warfighters,” Leah Cook, Sentinel product director for the Army Sentinel A4 program office said in a Lockheed Martin press release. “The delivery of the first five radars is a result of collaboration and a continued commitment to the U.S. Army.”

The developmental and operational testing will take between eight to 12 months, Breaking Defense previously reported. The Army will perform mobility, environmental, radar performance and logistics testing, according to the press release. The company said in the release that the program continues to run ahead of schedule.

The Sentinel A4 radar is an upgrade to the company’s A3 radar. The radar can track cruise missiles, unmanned aerial systems, helicopters, planes, rockets, artillery and mortar threats. The biggest upgrade, Defense News reported last year, is that the radar can simultaneously track and classify different threat types simultaneously, rather than being put in a specific mode.

The Sentinel A4 radar pairs with the Army’s Integrated Air and Missile Defense Battle Command System (IBCS), one of the Army’s 35 signature modernization programs, as part of the Army’s Indirect Fires Protection Capability, another signature program. It’s all part of enabling the Army’s vision of multi-domain operations and ensuring that the US military shares data across platforms to keep commanders informed of the evolving battlefield.

The Army decided last year that it would order an additional five Sentinel A4 radars to send straight to operational units to assist with training. The Wednesday press release stated that those deliveries are slated for March next year.

The Army awarded Lockheed the Sentinel contract in 2019. The Army also has an option for eight more radars under the current contract.

“Our team understands the criticality of this technology and the need to get it fielded,” said Mark Mekker, director of Army Radars for Lockheed Martin. “Our soldiers are in unpredictable environments, and the Sentinel A4 will provide improved eyes on the field to keep them safe.”