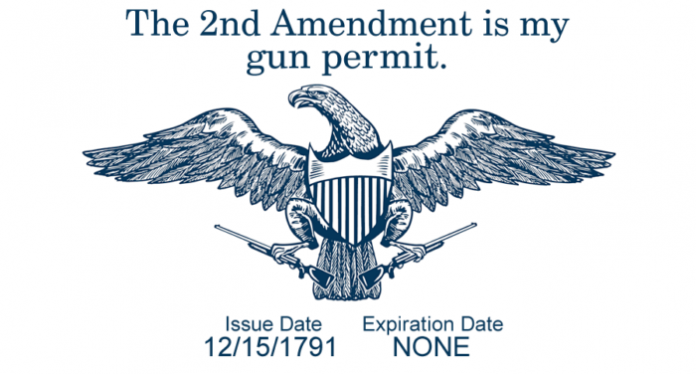 Last week, a candidate for Sheriff in San Diego made some controversial comments about the bathrooms transgender people use. The ensuing media coverage and social media discussion, as well as statements by public officials, all focused on what he said, but one of the more forward-looking LGBT groups identified the real problem . . .

“Hemmerling said, however, in a statement to KPBS that he retired not because of the video, but to concentrate on his campaign.

“I retired so I could focus full time on my race for sheriff,” he wrote.”

(Sheriffs in CA are in charge of CCW’s folks…)

Before anyone wants to make this about LGBT people, let’s make sure we are all crystal clear about something: this man absolutely has a right to his opinion, and has a right to be loud about it. This is America. Freedom of speech is beyond sacred. I, and everyone else who writes here, oppose — in no uncertain terms — any attempt to take this guy’s right to his beliefs away.

I’d go even further and say that we shouldn’t select people for office based on their beliefs on this. But to get there and respect everyone’s beliefs fully, one very important thing needs to change: public officials shouldn’t have enough power that it matters what they think about things unrelated to their job. Given that sheriffs aren’t in the business of exercising control over religion or sexuality, it shouldn’t matter what this guy’s opinions are about such things.

But, the law has made what should be a non-problem into a problem. In this case, the problem is that sheriffs in California have the final say over who gets a concealed weapons permit in their county. This is commonly known as “may issue” concealed carry, because the law says they may issue a permit, if an applicant passes some arbitrary test (that varies widely from jurisdiction to jurisdiction. But they don’t have to give anyone a reason when they choose not to. There’s no recourse and no appeal to a higher authority available.

A California sheriff can refuse to issue a permit because they don’t like you. Because you used to date their sister and had a bad breakup. Because they think you voted for the wrong candidate. Or because you didn’t make the right “contributions.”

This guy might decide to not issue or renew permits for LGBT people because he thinks they’re unstable (or whatever other excuse he can cook up). Next time, it might be a far-left sheriff who thinks anybody who talks about the Bible too much can’t be trusted with a gun, or that all Republicans are dangerous insurrectionists and threats to democracy.

The good news is that the Supreme Court may soon do away with government functionaries setting arbitrary limits on who has the right to bear arms. Watch this space.

In the mean time, there’s a good alternative that’s available in nearly all the other states: “shall issue” concealed carry permitting. The law sets certain objective criteria and don’t discriminate based on who you are, what you look like. Instead it focuses on what you’ve done as a person.

If you’ve got a clean criminal record, no major psychiatric problems, and no other serious risk factors, the issuing agency “shall issue” you a permit, no matter what they think of your sexuality, your politics, your religion, your race, your voting habits or anything else not listed in the law.

Sadly, though, even this better “shall issue” system can be abused, althrough that’s rare. In an article that was suspiciously deleted, but referenced here, the Chicago Tribune described how many African Americans were denied carry permits in Chicago with no reason for the denial given. So, we need to look for an even better answer that removes all ability of government officials to discriminate.

Half the states already have the best option: unrestricted or “constitutional” carry. You can carry a firearm without asking for government permission. You’re good to go unless you’ve got a serious criminal background or other disqualifying problem (this varies by state). Instead of being judged before carrying, the burden of proof that you shouldn’t be carrying falls squarely on law enforcement.

So, instead of bickering over what makes us different, we should instead focus on what’s affecting us all: too much power put in the hands of politicians and other government officials. Take that power away and give it back to the people, and these problems will largely go away.