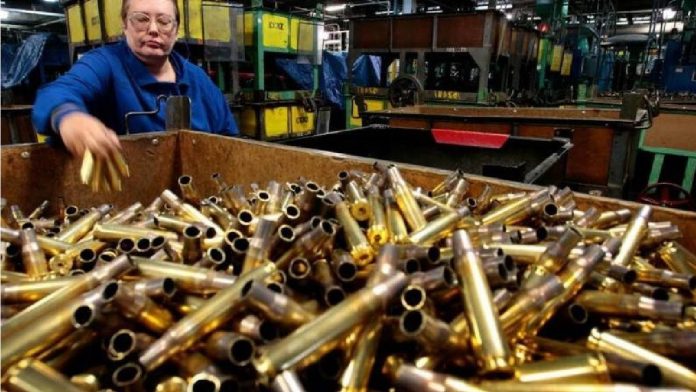 Winchester Ammunition have been awarded a contract modification by the US Department of Defense for continued production of 5.56x45mm, 7.62x51mm and .50 caliber ammunition. The work is set to be carried out at Winchester’s Oxford, Mississippi facility. Oxford is Winchester Ammunition’s primary facility for the production of military caliber ammunition. It opened in 2011 and also produces rimfire ammunition. Unlike the Lake City Ammunition Plant, which Winchester runs on behalf of the Department of Defense, Oxford is a privately owned facility. Winchester were also recently awarded a $15 million cost-plus contract to design a new manufacturing facility for the NGSW ammunition.

Here’s Winchester’s announcement of the award:

Winchester Ammunition has been awarded a $51.8 million modification to an existing contract for manufacturing 5.56 mm, 7.62 mm and .50 caliber ammunition for the U.S. Department of Defense (DOD).

This second source contract award from the DOD is in addition to a recently awarded U.S. Army pistol contract and many other ongoing contracts with state and federal agencies.

As the world’s largest small caliber ammunition enterprise, Winchester has supported America’s military, federal government and law enforcement for more than a century. It is an honor to carry on this legacy and continue to serve the American Warfighter via this award.

“Winchester employees have built a reputation with its customers that is unrivaled,” said Brett Flaugher, president of Winchester Ammunition. “For decades, we have successfully demonstrated industry-leading capabilities in quality, innovation and on-time delivery as well as partnering with multiple agencies in developing solutions that service the U.S. Warfighter.”

The ammunition produced under this contract is manufactured at Winchester’s centerfire facility in Oxford, MS. As the second-largest employer in the Oxford area, Winchester is always looking to hire hardworking and talented individuals to join our world-class team. Explore Winchester job openings at Winchester.com/Careers and select positions in Oxford, MS.

No Way! I Could Not Believe What I Was Seeing! – Bowhunting.Net