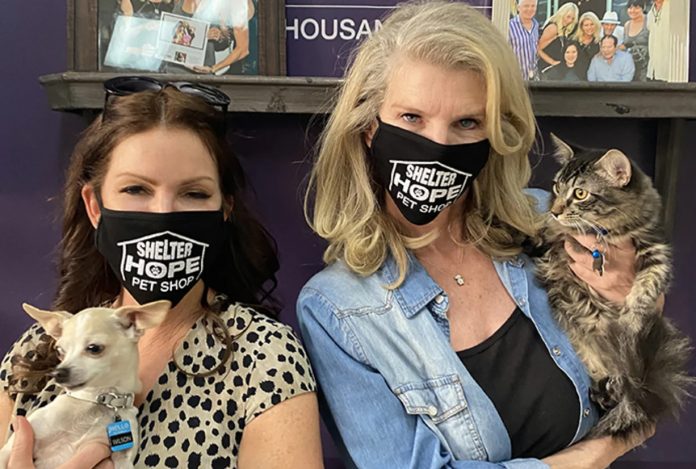 An animal shelter in California recently announced they will no longer be doing business with anyone who is against gun control. The organization, called Shelter Hope Pet Shop, is located in Thousand Oaks and owned by Kim Sill.

The shelter has a standard list of questions they ask potential adopters to make sure they will be able to take care of their new pet. For example, they ask about the home the pet will be living in, and they make sure the potential owner is at least 25 and can provide a current driver’s license.

However, as of May 31, a new question has been added to that list: “Where do you stand on gun control?” There is a right and wrong answer here. If you are pro gun control, they will continue to work with you. If you are against gun control, however, you will promptly be shown the door.

“We do not support those who believe that the 2nd amendment gives them the right to buy assault weapons,” said Sill in an email announcing the change. “If your beliefs are not in line with ours, we will not adopt a pet to you.”

Sill explains in no uncertain terms just how serious she is about this.

“If you lie about being [an] NRA supporter, make no mistake, we will sue you for fraud. If you believe that it is our responsibility to protect ourselves in public places and arm ourselves with a gun–do not come to us to adopt a dog. We have a choice of who we work with. Shelter Hope chooses to work with only like-minded humans.”

“If you are pro guns and believe that no background check is necessary, then do not come to us to adopt,” she continues. “We will grill you before you even get an appointment and visit our rescue. If we ask you ‘do you care about children being gunned down in our schools?’ If you hesitate, because your core belief is that you believe teachers need to carry firearms, then you will not get approved to adopt from us. If you foster for us and believe in guns, please bring our dogs and/or cats back, or we will arrange to have them picked up.”

In an interview with NBC News, Sill mentioned that some of her Republican donors have already threatened to cut off funds if she doesn’t remove the pro-gun-control requirement.

The NRA weighed in on the move on Thursday. “Having this asinine political litmus test comes at the expense of needy and homeless dogs and cats,” said NRA spokeswoman Amy Hunter.

The Right to Discriminate

While Sill’s position is certainly contentious and probably ill-advised, there’s one thing she gets absolutely right. “We have a choice of who we work with.”

Like it or not, she has a point. As the owner of the organization, it’s ultimately her right to decide who she wants to be associated with. The government has no business telling her she must serve everyone equally. Now, there are consequences for discriminating against people based on their political views, but she seems perfectly happy to accept those consequences.

The point is, this isn’t really about gun control. This is about freedom of association. Regardless of where you stand on the gun control issue, people like Sill should be allowed to pick and choose who they do business with. Fortunately, it doesn’t look like there are any laws prohibiting Sill’s actions at the moment. But that doesn’t mean freedom of association is alive and well.

The reality is, while freedom of association gets a lot of lip service, there are many circumstances where it is not upheld. Anti-discrimination laws are the prime example. It sounds nice to have a society where it’s illegal to discriminate on the basis of race, gender, religion, sexual orientation, etc., but these laws are actually an infringement on people’s rights. What anti-discrimination laws mean in practice is that you aren’t allowed to choose who you do business with. In other words, you have no freedom of association.

The classic example of this is the gay wedding cake controversy. Should a Christian baker be forced to bake a cake for a gay wedding? Absolutely not. Like everyone else, they should have the right to discriminate. Now, that doesn’t mean that their actions are necessarily moral or virtuous. It just means that the government shouldn’t be dictating how they run their business.

The same holds true for schools, or any other institution for that matter. Whether it’s on racial or other grounds, forced segregation is clearly wrong. But forced integration is also wrong. The problem in both cases is force. It’s not a question of segregation vs. integration, it’s a question of force vs. freedom. Organizations should have the right to discriminate against anyone for any reason, not because discrimination is always moral, but because that’s the only way to consistently uphold freedom of association.

Again, this is not to endorse racism, misogyny, or any of the other despicable worldviews that might lead someone to discriminate in this way. Tolerating something is very different from endorsing it, and our ability to live in a free society depends on our ability to grasp that distinction.

Sill’s decision to discriminate against those who believe in gun rights is pretty egregious. But if we want other people to respect our right to decide who we associate with, it’s only fair that we extend the same tolerance to them, even when we vehemently disagree with their choices.

Patrick Carroll has a degree in Chemical Engineering from the University of Waterloo and is an Editorial Fellow at the Foundation for Economic Education.

This article was originally published on FEE.org. Read the original article.

This article was adapted from an issue of the FEE Daily email newsletter. Click here to sign up and get free-market news and analysis like this in your inbox every weekday.