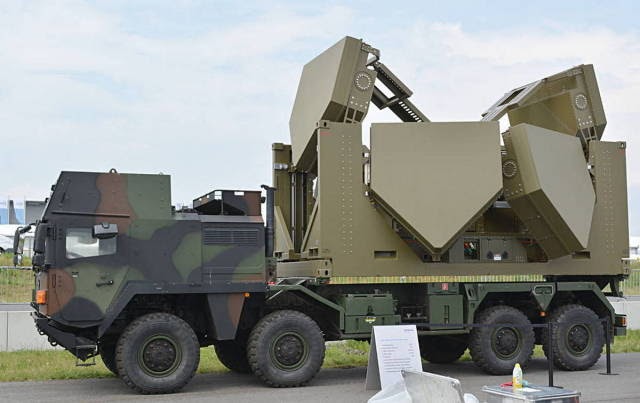 I have an academic background in business (and engineering). This means I was indoctrinated at the university, indoctrinated with an aversion against wasteful use of resources.

Parkinson’s law is the adage that work fills the time available in a project – regardless of how much time is available. Something similar is going on with budgets. It’s only human that people become wasteful if equipped with a lavish budget.

Something like this is going on with radar equipment.

To equip armies and navies with (combat-related) radars is being considered self-evident, albeit it’s not always this clear-cut if you look at the technology. The Russian army would likely fare better if its battlefield air defence was resting on the “cheap” Sosna-R which does not use a radar than on the now serially self-embarrassing radar-equipped Tor systems. The radar emissions can be detected even by satellites, and intelligence on where and when such radars are active informs the drone operational command, leading to destruction of Tor systems when they are not radiating.

Likewise, air defence warships have huge and powerful air search radars. The explanation for the same has long become questionable, considering that even the best ship-mounted radar would still be quite useless against the Super Etendard/Exocet combination attack that sunk HMS Sheffield in 1982 (aircraft very low level approach below the ship’s radar horizon for almost all the time, seaskimming missile). AAW warships depend on airborne radars (AEW) and active radar seeker missiles (for non line of sight shots) anyway, so why the distinction of specialised AAW warships at all? Their radar betrays them and doesn’t help against many normal threats any more than a normal-sized multipurpose search/fire control radar would.

Yet some radars make sense, or at least seem to make sense, on a battlefield. Especially the multipurpose radars are enticing, artillery has good use for muzzle velocity radars and I personally expect tethered rotary drone radars for use by motor vehicles on the move, at least in the ground surveillance task out to 20 km (detection range against motor vehicles).

Luxury radars are another problem; needlessly expensive “99% solutions”. The most obvious such approach is the multi-antenna AESA radar.

Classic radar antennas need to be mechanically turned into different directions to search all-round, which is slow. AESA and PESA antennas can switch the direction almost instantly, albeit an AESA antenna is limited to 90…120° in this. So the wasteful “99% solution” approach is to mount four such AESA antennas to cover the whole 360°, even on tanks. That’s an issue, becuase old school mechanical antennas are cheap metal powered by a single transceiver unit linked by cables, while the AESA antennas are very expensive electronics (up to hundreds of individual transceiver/receiver modules) themselves.

The Patriot air defence system was always crap because its big electronically steered radar was unable to rotate for 360° coverage. Its field of view was only 90…120° (sources disagree, but performance would be degraded beyond 90° anyway).

It was an air defence system for a forward-facing line of SAM batteries, which is tactically an idiotic (too easily defeated) approach. You needed four Patriot batteries to protect one place not quite as well as a single SAMP/T battery can defend it using a rotating AESA radar antenna.

So the obvious approach to resources-irresponsible armed forces was to push for a Patriot upgrade/successor with four AESA antennas instead of one or two rotating ones. And then the system grew so irresponsibly expensive that of course Germany ended up buying zero copies (only in part because of this, admittedly).

99% solutions are stupid. It’s much better to go along with “good enough”, and survivability is extremely important. A vehicle with four fixed radars (360°) is less useful than two vehicles with two rotating radars. The latter can be used alternatingly, with one vehicle breaking contact or lying in wait while the other one radiates. The radiating one can shut down when an anti-radar missile or drone appears to approach it (thus making the attack more difficult), and the second one activates. A freak accident or lucky shot may disable a radar vehicle, and the all-in-one-basket solution would be a complete failure, while the two radar vehicles solution would still be fully capable for most of the time.

We should strive for robust, good-enough equipment, not for 90…99% solutions in the armed forces!

Today is the birthday of novelist William R. Forstchen (born, 1950.)