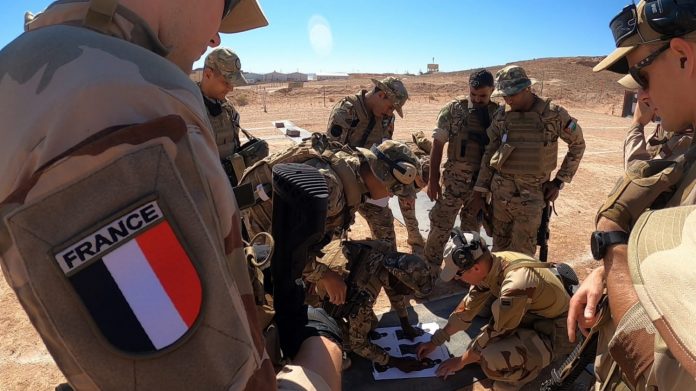 Beretta Defense recently announced that the whole Armed Forces of France have adopted the Benelli Supernova 12 guage shotgun in several configurations, making the Supernova the standard issue shotgun of the French military. Benelli will have a seven-year contract to produce the Supernova shotguns, with a contracted cost of €4,500,000. The convertible Benelli M3 (capable of both pump-action and semi-auto) shotgun is already in use in special French Army units, but the Benelli Supernova had to go through its own testing process, which was reportedly “severe,” but undisclosed at this time. Christophe Bannier, Director of military and law enforcement sales for Beretta Defense is quoted below.

We are pleased to announce that the Ministry of the Armed Forces/SIMMT has officially notified us today of a contract for the supply of Benelli Supernova Tactical cal. 12 shotguns, for a period of 7 years, with a maximum value of 4.500.000 €.

The Benelli Supernova Tactical, after very severe evaluation tests from which it emerged as the winner, becomes the standard shotgun of the entire French armed forces, in 3 different versions, 18.5″ Tactical , 14″ Tactical and 28″ Anti-drone.

The 18.5 and 14-inch configurations are quite common barrel lengths, while the 28-inch barrel for anti-drone work is seen less frequently as some militaries are fielding electronic jamming “rifles,” which have much greater range than conventional firearms. There was no further mention as to how many of each length model of the Supernova shotguns the French Armed Forces have settled on. The Benelli Supernova has an interesting feature in that it has a magazine cut off button on the underside of the handguard, that when depressed while working the action, stops ammunition from feeding from the magazine. This feature allows for a quick switch to different types of loads.

What do you think about the French Armed Forces’ choice of the Benelli Supernova shotgun? If you own one yourself, please tell us how your experience has been in the comment section.

Doug has been a firearms enthusiast since age 16 after getting to shoot with a friend. Since then he’s taken many others out to the range for their first time. He is a husband, father, grandfather, police officer, outdoorsman, artist and a student of history. Doug has been a TFB reader from the start and is happy to be a contributor of content. Doug can be reached at battleshipgrey61 AT gmail.com, or battleshipgrey61 on Instagram.

3 keys to bridging ‘valley of death’: Get involved early, cut out middlemen and pray Congress works

Pro Tip: A Good Scope is a Durable Scope