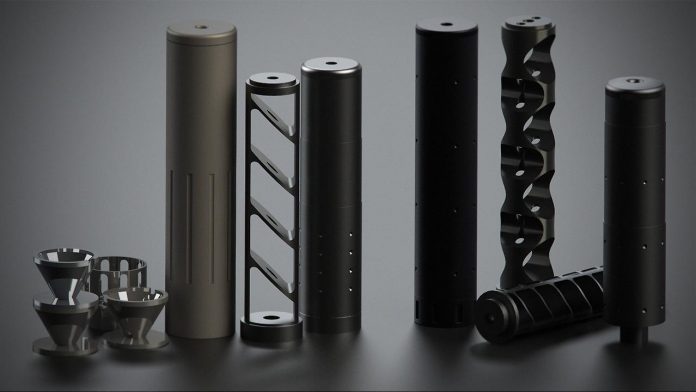 Also known as a silencer, a suppressor is a hollow metal tube attached to a firearm barrel that reduces noise and muzzle flash after firing. Although suppressors don’t thoroughly dampen gun noise, they do make guns fire with limited sounds. Quieter guns are ideal for secret military operations and other situations. But do suppressors increase shooting accuracy in 0.45 ACP and 50 Cal handguns? Read on to find out.

Accuracy with Suppressor on 0.45 ACP

The 0.45 Automatic Colt Pistol (ACP) or 0.45 Auto, was built by John Browning way back in 1904. These popular combat pistol cartridges combine accuracy and stopping power for firing against human targets; the US military did adopt these firearms around 1911. With minimal muzzle blast and flash, the 0.45 ACP also has moderate recoil and operates at a maximum chamber pressure of 21,000 PSI. Like other pistol cartridges, the 0.45 ACP is classified as a low-velocity round, meaning that it’s not effective against body armor. Another downside to this pistol is its large cartridge size and weight, making them unsuitable for large scale military operations.

Barrel harmonics change with suppressors, as each mount of a suppressor shifts the point of impact. This shift also varies for each firearm. But in general, suppressors are thought to improve the accuracy of firearms. A chunk of metal on the muzzle improves accuracy by clearing away turbulent gases. So, is it worth suppressing your 0.45 ACP pistol? Yes, of course! Almost all 0.45 ACP ammunition are subsonic. Adding a suppressor to your 0.45 Auto is a practical combination for accuracy and shooting comfort. Additionally, the weight of the suppressor helps eliminate the muzzle flip. Therefore, suppressed shooting with ACP may be more accurate than unsuppressed shooting.

Accuracy with Suppressors On 50 Cal Handguns

50-caliber handguns fire bullets that measure roughly .50 inches in diameter. With the development of smokeless powder, gun manufacturers shifted to small-diameter bullets that can be fired at higher velocities. The design of .50 and greater calibers once declined a bit. However, in the 20th century, half-inch diameter cartridges took a new dimension, with the 0.50 Action Express becoming very popular.

0.50 caliber handgun designs come in different types such as automatic, bolt action, and single-shot guns. Handguns of this caliber are normally heavier than other pistol types.

Their large size allows for structural integrity and recoil absorption. Fifty-fifty caliber handguns are exciting but also intimidating, to say the least. On the other hand, sizable half-inches truly shine for game hunters.

A 50-caliber handgun shooting experience is more fun and accurate when properly fitted with a suppressor than unsuppressed shooting. Suppressors limit gun noise to hearing-safe levels and keep your handgun’s burst below 140 decibels. Long suppressors are good for precision rifles. Suppressor length varies directly according to the size of the caliber. Silencers also enhance accuracy in 0.50 caliber handguns. Modern suppressor designs have no negative impact on the bullet. The standard deviation decreases, improving consistency while reducing recoil. Modern suppressors increase shooting accuracy in firearms once they are correctly installed in 50-caliber handguns and 0.45 ACP. Shooters are still encouraged to wear hearing protection while using suppressed firearms.

How to Choose the Perfect Hunting Arrow