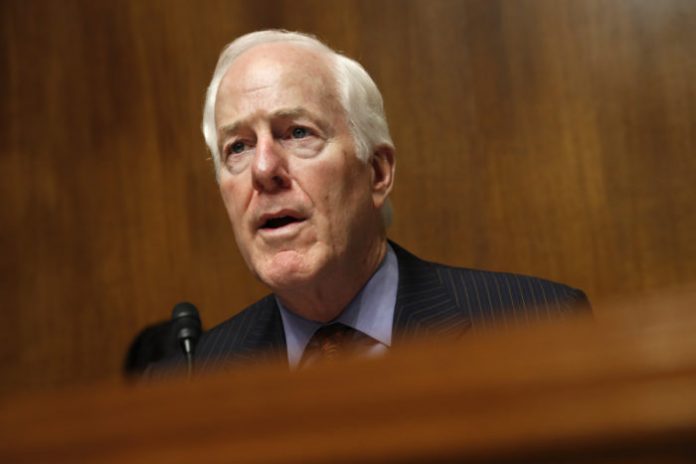 A group of Senators have announced that they’ve reached a bipartisan deal on a framework for legislation they say will do something about “gun violence.” According to The Hill, “The framework includes funding for school safety measures and mental health, a requirement to review juvenile records for firearm buyers under 21 years old and incentives for states to implement ‘red flag’ laws.”

The deal was pushed through by Connecticut’s Chris Murphy and Texas’s John Cornyn. The group’s press release states . . .

“Today, we are announcing a commonsense, bipartisan proposal to protect America’s children, keep our schools safe, and reduce the threat of violence across our country. Families are scared, and it is our duty to come together and get something done that will help restore their sense of safety and security in their communities. Our plan increases needed mental health resources, improves school safety and support for students, and helps ensure dangerous criminals and those who are adjudicated as mentally ill can’t purchase weapons. Most importantly, our plan saves lives while also protecting the constitutional rights of law-abiding Americans. We look forward to earning broad, bipartisan support and passing our commonsense proposal into law.”

The Senate compromise is a pale imitation of the radical gun control bills passed in the House that included safe storage mandates, federal “red flag” confiscation, and a ban on semi-automatic gun sales to adults under 21 years old. From the AP . . .

The proposal falls far short of tougher steps long sought by President Joe Biden and many Democrats. Even so, if the accord leads to the enactment of legislation, it would signal a turnabout from years of gun massacres that have yielded little but stalemate in Congress.

Leaders hope to push any agreement into law quickly — they hope this month — before the political momentum fades that has been stirred by the recent mass shootings in Buffalo, New York, and Uvalde, Texas.

As Murphy makes clear in his last tweet, this is an outline of an agreement. None of this has been actually written into bill form. The devil, as they say, will very much be in the details. Particularly concerning the sections on under-21-years-old “enhanced” background checks, FFL licensure, and federal funding for local “red flag” confiscations.

If you’re wondering who the Republicans are who have signed onto the agreement, they are . . .

Democrats Joe Manchen and Kyrsten Sinema are reportedly on board. Republicans Blunt, Portman, Toomey and Burr are retiring.