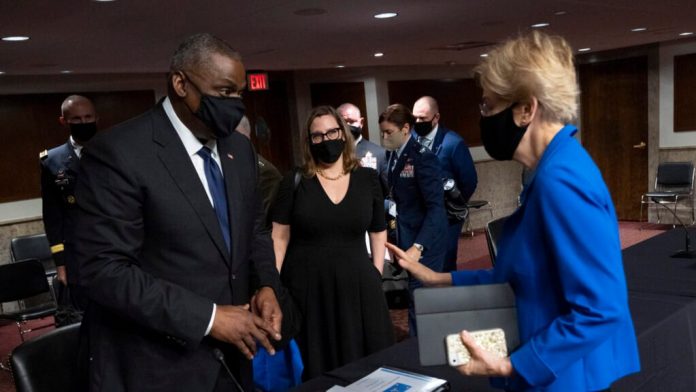 Sens. Elizabeth Warren, D-Mass., and Mazie Hirono, D-Hawaii, plan to introduce the Military Vehicle Fleet Electrification Act, ambitious legislation would require 75% of non-tactical vehicles purchased by DoD to be electric or zero-emission vehicles starting at the beginning of fiscal 2023, or Oct. 1, 2022, according to text of the bill provided to Breaking Defense.

“Transitioning the military’s nontactical fleet of vehicles to electric or other zero-emission vehicles would have a significant impact on the U.S. government’s greenhouse gas emissions,” Warren said in a statement. “This is an effective solution that helps us tackle the climate crisis and keeps the military ready for the future.”

Both Warren and Hirono sit on the Senate Armed Services Committee. The proposed Senate legislation will be a companion to a House bill introduced in April by Rep. John Garamendi, D-Calif., the chair of the House Armed Service Committee’s Readiness subcommittee.

The military has already shown it is interested in fully-electric and hybrid vehicles for both its non-tactical and tactical vehicles not only because of their environmental advantages, but because of operational benefits that include the ability to move more silently.

The proposed legislation applies to cars, vans and light-duty trucks that the department buys or leases itself, or leases from the General Services Administration. The Defense Department currently has an inventory of more than 174,000 nontactical vehicles.

The legislation authorizes the department to built electric charging stations at its installations and would require the DoD to use only non-proprietary, interoperable charging ports and connectors. The bill also requires the electric batteries to be sourced from the US or its allies, and not “hostile nations” such as China or Russia.

“We have a responsibility–as a nation and within our military–to make thoughtful purchases that address the climate crisis,” Garamendi said when introducing the House legislation. “Transitioning the military’s enormous fleet of passenger cars, light-duty trucks, and vans with internal combustion engines to American-made electric and zero-emission vehicles is a common-sense way to reduce greenhouse gas emissions.”

In December last year, the Biden administration’s Federal Sustainability Plan found that Pentagon is responsible for 56% of the federal government’s greenhouse gas emissions.

The Army has several research efforts underway with hybrid electric drive for tactical vehicles. Later this year, the service plans to test the performance of its first hybrid Bradley Fighting Vehicle in Arizona. It also has electrification work underway for Humvees and Joint Light Tactical Vehicles.

One of the most significant challenges the military faces with electrifying its tactical fleet is sending tactical recharging capabilities to the battlefield. The Army’s climate strategy states that the service wants to develop a tactical recharging solution by 2050.

The Pentagon has more than 250,000 tactical vehicles in its inventory, more than 75,000 more than the nontactical fleet.