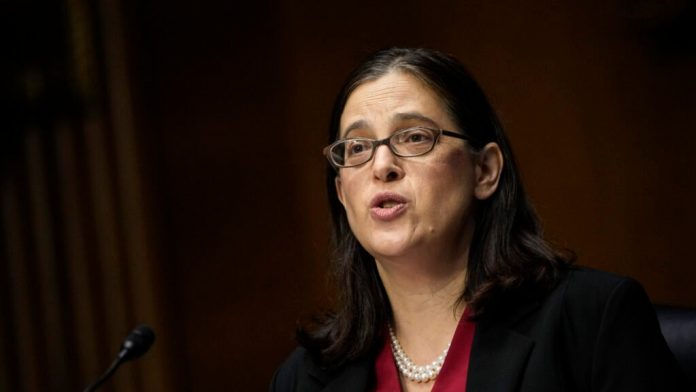 EUROSATORY 2022: The global rush to ship lethal weapons to the Ukrainian front lines following Russia’s unprovoked invasion has European nations reconsidering their defense choices  — and, a top State Department official said Monday, has provided an opportunity for the US to grow its regional influence.

“This war has really created a tectonic shift, as the entire world is looking at what defense and security systems it’s going to need moving forward, and as countries reassess their own security needs,” Jessica Lewis, the assistant secretary of state for political-military affairs at the US State Department, said during a media roundtable at the US Embassy in Paris. “People are asking themselves: what are our defense needs going to be going forward?”

Lewis, on her first foreign trip after being confirmed in September, is visiting an increasingly unified European continent facing a new security reality. That’s raising ample opportunities for the Lewis’s office, which oversees US security assistance abroad and serves as the primary link between the State Department and Pentagon.

Russia’s action’s toward Ukraine are resurfacing years old calls to wean European allies off of Russian military equipment. Lewis said in Senate testimony last month that US needs to take advantage of the chance to encourage European allies to transition away from Russian military equipment, spare parts and technical assistance. While she said Monday that the “key focus” of her trip is about Ukraine, it will also include meetings on how America’s defense industry can help fill capability needs.

Related: Norway’s chief of defense: Finland, Sweden in NATO ‘opens up a lot of possibilities’

Over the eight day trip, she’ll meet with French officials and spend time at the land warfare expo Eurosatory in Paris, visit NATO officials in Brussels and then travel to Latvia for discussions with top officials. Lewis pointed to the latter as one country where she would discuss the topic of weaning off Russian kit, but said there are a number of others for the US to engage with.

“There are a range of countries that have different types of relationships [with Russia], but we think this is a moment of opportunity,” Lewis said.

In recent weeks, the US has provided more powerful, longer range weapons to the Ukrainian forces as they work to defend themselves against a barrage of Russian artillery. But US officials have been trying to strike a balance between sending Ukraine effective weapons, while not escalating the conflict and risk fracturing a NATO coalition that at its most unified in years.

Lewis said US officials are “always” gauging the risk of escalation and considering specific capabilities in terms of “what it means in the context of the fight … You are seeing a shift of the capabilities that we’re providing to them, including more sophisticated capabilities that require training, and that address the stage of the war that we’re in.”

The most recent $700 million security package included four High Mobility Artillery Rocket Systems (HIMARS), which can fire up to 300km, but which the US capped at 70km for the Ukrainians. Washington was initially wary of sending HIMARS due to the potentially escalatory risk the weapons posed if Ukraine were to use them to strike over Russia’s boarders. While the US got agreement from Kyiv that it would not fire into Russian territory, the nature of conflict means there is no real way to ensure such a strike doesn’t happen.

Asked about that risk, Lewis said that the US “doesn’t have any reason” to believe that Ukrainian forces would break that agreement. “We’re very confident when it comes to that question,” Lewis said. “And the Ukrainians have been using these weapons responsibly.”

Another important question the US faces is being able to account for the weapons it sends to Ukraine and ensuring that they don’t fall into the wrong hands. Asked how confident she was that the US could account for where the weapons are, Lewis didn’t directly answer the question, but noted that all foreign weapon sales come with agreements in place about how weapons will be used by the recipient country.

The US has a “host of ways” that it works with countries to make sure the weapons don’t end up in the wrong hands, Lewis said.

“We’re very confident that the Ukrainians have worked hard to make sure that these weapons are used for the appropriate purposes,” Lewis said. “They have worked with us to sign all of those agreements. Obviously, this is a war zone. And so we are always aware of the challenges inside a war — an ongoing war.”

A Drink With The C&G Holsters CrewThe Firearm Blog