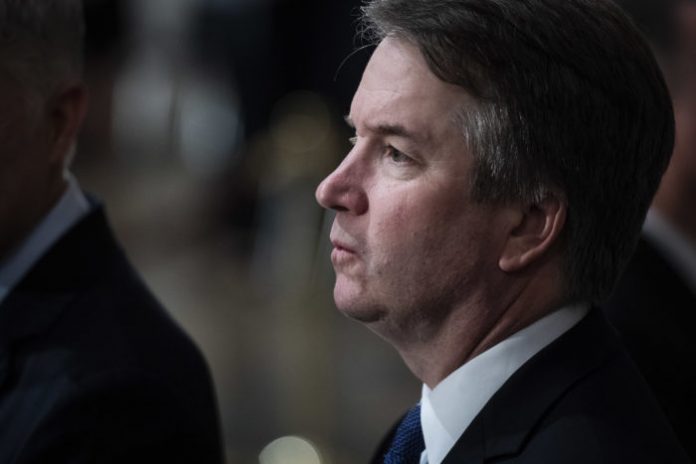 [M]ost outlets covered the news of the arrest of man who, in the early hours of Wednesday morning, arrived at Justice Brett Kavanaugh’s home, armed with a “tactical knife, a pistol with two magazines and ammunition, pepper spray, zip ties, a hammer, screwdriver, nail punch, crowbar, pistol light, [and] duct tape,” per the Justice Department.

But after reporting the basic facts—that the suspect’s name was John Nicholas Roske, that he had been deterred by the sight of two deputy marshals outside Kavanaugh’s home—America’s journalists didn’t seem to rush into any analysis.

Doubt me? Just consider how when then-Rep. Gabby Giffords, D-Ariz., was shot in 2011, former Alaska Gov. Sarah Palin was blamed for inciting violence with a map with a series of political targets—despite there being zero evidence tying Giffords’ shooter to Palin.

Yet in 2017, when a gunman shot five people at a Republican lawmakers’ practice baseball game in Alexandria, Virginia, there was little in the way of a national conversation.

It looks like 2017, not 2011, is the road map for what will happen in the aftermath of the attempted assassination of Kavanaugh, despite there being clear evidence Kavanaugh’s would-be shooter was motivated by politics. As noted in the criminal complaint, Roske told police “he was upset about the leak of a recent Supreme Court draft decision regarding the right to abortion as well as the recent school shooting in Uvalde, Texas.”

In light of Roske’s motivation, it seems relevant to remember the remarks of then-Senate Minority Leader Chuck Schumer in 2020 when, amid a discussion of abortion, he said in part, “I want to tell you, Kavanaugh, you have released the whirlwind and you will pay the price.” It seems just a smidgen pertinent that in May, then-White House press secretary Jen Psaki refused to condemn the protests outside of Supreme Court justices’ homes, which started after the leaked draft of a high court decision overturning Roe v. Wade.

And yeah, it seems, oh, the teeniest bit germane that the Women’s March (a favorite leftist protest) has called for a “summer of rage.”

But don’t hold your breath waiting to see these sound bites play nonstop on media.

— Katrina Trinko in The Eerie Silence Around Kavanaugh Assassination Attempt

I wonder if 2020 Schumer cares to comment on this pic.twitter.com/EKIeCcXlLA

Is This 12-Year-Old Girl’s Mule Deer a World Record?